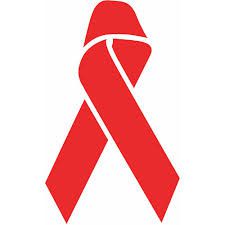 Johannesburg 26 August: The health agenda in the Southern African Development Community (SADC) since the adoption of the Protocol on Gender and Development in 2008 has been largely overshadowed by HIV and AIDS.

Southern African governments have responded to the African Union’s 2001 Abuja Declaration on increasing budget allocations for health to 15% by raising overall allocations from $30.7 billion in 2001 to $106.6 billion in 2013. Malawi, Madagascar, Zambia, Lesotho and Swaziland have either achieved or are very close to achieving the 15% target. However, most expenditure has been invested in the fight against HIV while basic health requirements, such as sanitation, have received low priority.

The good news is that Maternal Mortality Ratios (MMRs) which had skyrocketed largely as a result of HIV related deaths are beginning to come down. The MMR is the number of women of child bearing age who die during pregnancy or within 42 days of termination of pregnancy, from any cause related to or aggravated by the pregnancy or its management per 100 000 live births. Zimbabwe for instance announced in 2015 that the MMR had reduced from 960 in 2009 to 614 in 2014.

The bad news is that the MMR in most countries is still much higher than the 70 per 100 000 that is envisaged in the Sustainable Development Goals. MMR varies between 73 in Mauritius and 730 in the DRC. Namibia, South Africa and Botswana have rates which are between 100 and 200. The rates in most other countries are still above 400.

Gains that have been made are fragile and can be easily reversed. The death of a mother, soon after the birth of her infant has devastating consequences for the infant and any other children that the mother had. Losing women in their prime is disastrous for a country’s economy.

Most SADC countries have joined the African Union’s Campaign to reduce Maternal Mortality in Africa (CARMMA) under the theme “Africa Cares: No Woman should Die while Giving Life”. Some of the factors that contribute to high maternal deaths are child marriage and high rates of teenage pregnancy – the mortality rate in adolescents is much higher than in older women.

Some of the widest disparities between rural and urban access to skilled health attendants are in Angola, Zambia, and Madagascar. South Africa, Swaziland and Botswana have much lower disparities. There are also disparities are in the quality of care. In Swaziland for instance, 27% of women in urban areas receive ante-natal care from a doctor, compared to only 7% of women in rural areas.

Inadequate access to family planning results in unintended pregnancy. Too many pregnancies and pregnancies which are too closely spaced increase mortality rates. Access to contraception has not improved much in most countries. The lowest access is in Mozambique at 12%, followed by Angola and DRC at 18%. The highest access is Mauritius at 76%, with most countries between 40 and 60% coverage. These rates are indicative of a lack of political will to improve access.

Abortion is illegal in all countries except South Africa and in a few other countries under very stringent conditions. Unsafe back street abortions, especially among adolescents, are a major contributory factor to high maternal mortality.

In many countries unsafe abortions contribute at least 19% of maternal mortality. However, any discussion about abortion and a woman’s right to choose remains contentious. People who do not support abortion cite many moral, religious and cultural factors as to why it should remain illegal. The reality on the ground however, is that women continue to access unsafe abortions and thousands die each year, while others suffer permanent damage, infertility and chronic illness.

There is an urgent need for a policy environment that promotes access to safe abortions, emergency services for post-abortion care, post-abortion counselling and information around the availability of services.

New conditions are emerging and demand attention. One of these is cervical cancer which is contributing to death in women. Cervical cancer is associated with the Human Papilloma Virus (HPV) and can be prevented by immunization against HPV. Though the vaccine is still prohibitively expensive, countries such as Zimbabwe are conducting trial vaccination campaigns with the view to extend these to more districts in the future.

Individual determination by many women and their families, financial support from a range of funders and political commitment to provision of basic services with enough trained staff and equipment has been shown to have enormous impact on maternal mortality. It is possible to improve maternal health to benefit families and communities. Our governments must prioritise mothers’ health in rural and urban areas, for the rich and the poor.

(Lynette Mudekunye is author of the Health Chapter of the 2015 Southern Africa Protocol Barometer. This article is part of the Gender Links News Service).