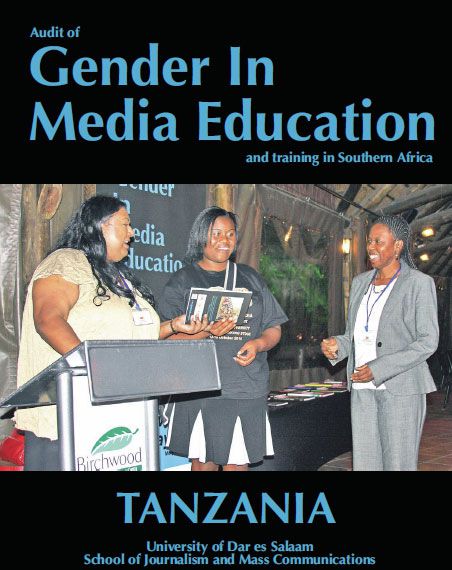 This report provides an analysis of documents, interviews, lecture observation and student focus groups conducted at the University of Dar es Salaam, School of Journalism and Mass Communication. It forms part of the Gender In Media Education in Southern Africa (GIME) research: the most comprehensive study yet undertaken of the gender dimensions of journalism and media education and training in tertiary institutions in Southern Africa. The GIME study took place in 25 institutions in 13 countries including Botswana, Democratic Republic of the Congo (DRC), Lesotho, Madagascar, Malawi, Mauritius, Mozambique, Namibia, South Africa, Swaziland, Tanzania, Zambia and Zimbabwe between October 2009 and April 2010. GL undertook the study through the Gender and GMDC, a partnership between media development organisations and knowledge institutions.

For this research, a total of 15 interviews were conducted. These included two female lecturers, three male lecturers and 10 students (five females and five males) in focus group discussions. One lecture observation was conducted.

I in addition to my guys ended up veniwig the great advice found on your web page and then the sudden I had an awful suspicion I never thanked the web site owner for those techniques. Those women ended up totally happy to read through all of them and have in effect undoubtedly been enjoying these things. Thanks for being so helpful and also for opting for this kind of impressive areas most people are really eager to learn about. My honest regret for not expressing appreciation to earlier.