Time to take up the fight against fistula... 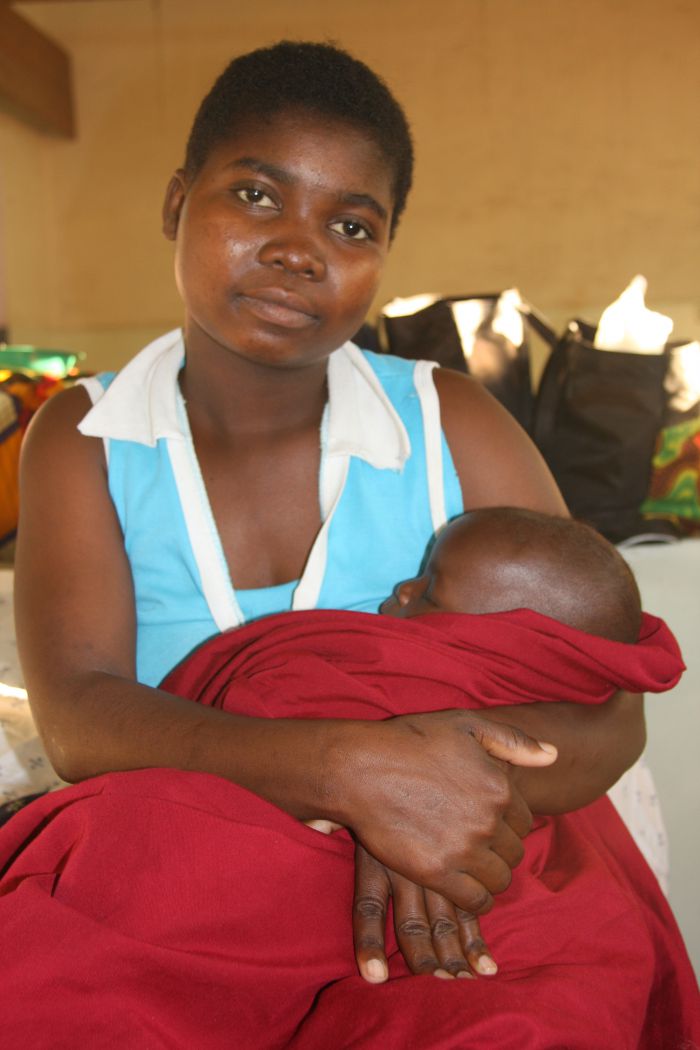 Time to take up the fight against fistula

“I fell asleep at night on wet bedding. During the day my family and the community made me a laughing stock as I was leaking urine and spreading a bad smell. I stopped leaving the house. I felt alone and abandoned and humiliated, not least when my husband left to stay with his second wife”

This is the sad testimony of Elisabeth Makhalichi, who developed a hole, called a fistula, after a difficult birth.

When Makhalichi’s labour started, the young Malawian woman walked the long distance from her home to the nearest health facility in a remote rural area. “The health workers told me a caesarean had to be performed at a different hospital due to obstructed labour,” she said.

In a weak condition and on bad roads she was transferred to a district hospital, and miraculously survived the struggle, along with her baby. However, it wasn’t until she got home that she realised she had obstetric fistula.

Mozambique’s Felicia Chafika was not as lucky as Makhalichi.

“I walked hours and hours to reach the nearest health facility,” she remembered. “My husband was very supportive and accompanied me. We thought I would deliver and stopped in a neighbouring village for 12 hours, I was too weak to walk at this point. My husband made a stretcher out of branches and they carried me the remaining distance to the hospital. I delivered a stillborn baby.”

When Chafika began leaking bodily fluids, the health workers gave her pills to take, which did nothing to stop the leaking or repair the fistula. However, she later came into contact with a clinical officer trained in fistula repair and eventually underwent surgery.

Without timely medical intervention, such long, obstructed labour causes the hole and often results, such as in Chafika’s case, in the birth of a stillborn baby. Either way, the woman is left incontinent and, if untreated, like Makhalichi, is usually ostracised or abandoned by her family and community.

Hundreds of thousands of African women suffer fistula in solitude and shame, and the United Nations Population Fund (UNFPA) estimates that more than two million women live with it in the developing world, with more than 50,000 new cases each year. Fistula is common in communities where women are married at a young age and give birth before their bodies are ready.

Yet the birth injury is preventable and treatable.

The cure rate is 90% for less-complex cases, and the average cost of a fistula treatment is $300, yet women continue to suffer.

“They are female, powerless and poor” said Meguid. “The root causes for maternal deaths and fistula are exactly the same: poverty, malnutrition, poor health systems, detrimental traditional practices, lack of financial resources and gender inequalities continuing to rule the societies in sub-Saharan Africa.”

Despite these problems, he also noted that the problem of fistula can be easily solved.

“The solution is simply that obstetric care must be made available to women and we need to educate more midwives,” he said.

Edwin Gondwe, a senior clinical officer and maternal health expert blames governments for the poor response to fistula, especially in Malawi: “the situation we face with fistula is simply due to poor political will of the government of the day.

“If countries are serious about reducing the cases of fistula they need to accelerate programmes on family planning with a focus on providing the services in the rural communities. Women’s empowerment is another part of the solution because we must motivate women to travel earlier to the nearest health facility when labour starts and make them use the long-term family planning methods.”

In the meantime, some African women will benefit from fistula repair programmes paid for by international organisations such as UNFPA and Medecins Sans Frontieres, while many others will continue to suffer.

At Queen Elizabeth Central Hospital (QECH) in Blantyre, Malawi, Makhalichi’s nightmare is finally coming to an end after a painful surgery to repair the fistula at a Fistula Repair Camp funded by UNFPA.

“I can now sleep on dry beddings and the pain from the operation is bearable because I can dream of a happy life again,” she said, smiling.

Helene Christensen is a freelance journalist based in Malawi. This article is part of the Gender Links Opinion and Commentary Service which offers fresh news on every day news.

0 thoughts on “Time to take up the fight against fistula”