Programme / web menu When the going gets tough, the tough get going!... 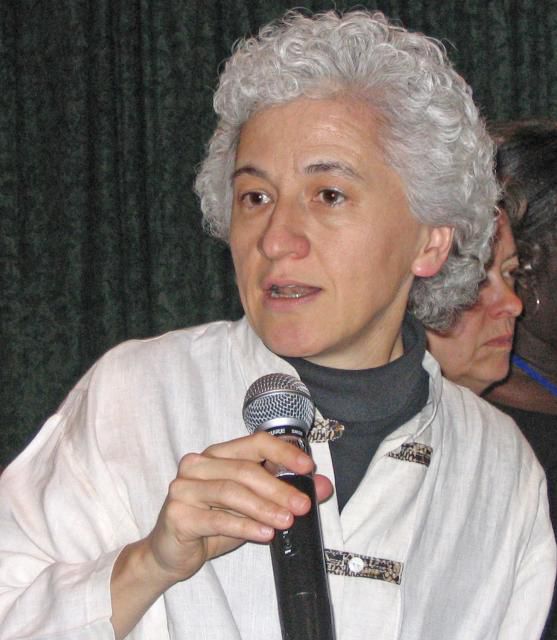 When the going gets tough, the tough get going!

In February 2012 I formed part of a team of grantees that met with DFID Director General for Policy Michael Anderson in his offices opposite Buckingham Palace. A soft- spoken Canadian who started his life fishing salmon, Michael shared his concern that in the cut- throat competition for funds, NGOS will become dishonest about their mistakes; ironically often our best teachers. Michael’s observations helped to make me feel comfortable about admitting that 2011/2012 has been my worst year as a manager, but my best teacher as a lifelong student.

As CEO of Gender Links,my single most important duty is to ensure that we have an organisation in the future. After the watershed tenth anniversary birthday in March 2011, we set about registering and opening offices in ten SADC countries, buoyed by two sizeable DFID grants, the MDG grant from the government of the Netherlands, and the UN Trust Fund that formed the rump of the justice programme. The first rude shock came when, after being shortlisted for a successor grant to UNTF, we failed to be counted among the 22 out of 36 organisations that got this three year grant. We pinned our hopes on the successor to the MDG grant -the liltingly named FLOW fund.

In between all of this,I made the worst hiring decision of my career. Although a team of board, senior managers’ and a staff representative agreed on a candidate for a senior post after a battery of first and second round interviews, I take ultimate responsibility for appointments at this level. My judgement failed me. Thanks to fast action on the part of Exco and good legal advice, we mutually agreed to end the probation early and narrowly escaped what could have been months of damaging litigation. Overlapping with the gruelling annual task of producing our flagship 2011 SADC Gender Protocol Barometer for the HOS in August, I got to the middle of the financial year drained and exhausted.

In early September I ring fenced a week to go away to a secluded corner to rest and start writing a book for the African Arguments series of Zed Books on gender equality: rare thinking and reflection time. But – thanks or no thanks to the magic of wireless Internet – an E mail that would ruin my holiday and leave me reeling for several weeks came wafting into my in box on the first day of my leave. A tersely worded letter from FLOW advised that GL had been disqualified from consideration because our salary scales had been found unreasonable!

I read and re read the letter. Then I looked for the fine print: a footnote that said we could object. I phoned our Chair Dr Muna Ndulo- a seasoned international lawyer. He cautioned against being too militant, reminding me that the Dutch government owed us nothing. I dug into the well of experience I gained fighting a court battle in the late nineties. I put together a case, bouncing the letter back and forth with Exco and the senior management team until we all agreed on the balance between knowing our place and demanding justice.

A few weeks later I heard that we had been granted a hearing at the Ministry of Foreign Affairs (MOF) in the Hague – the home of the International Court of Justice! Head of Corporate Services Bridget Marango and Human Resource Manager Viv Bakainanga worked overtime to beef up our case. We asked if we could see the documentary evidence relied on by the MOF) in reaching its conclusion. They sent through one page of a 2007 consultant’s report on NGO wages in South Africa. Upon googling the report (what would we do without google!) I found that the full report argued exactly the opposite of what the MOF claimed. It argued that NGO’s in South Africa faced closure because of low wages and the brain drain to government and the private sector. I put this report – the proverbial trump card- into my back pocket.

Murphy’s law reigned supreme the night before the hearing. Everything that could possibly go wrong went wrong. My laptop refused to connect to wireless at my hole- in- the- wall hotel in The Hague. I phoned Ayo; this would be the only day in the year that Ayo failed to get me out of trouble with his usual on the spot, on the dot advice. I needed to print my slides. The hotel printer would not work! I dashed down to a print shop. They were closing for the day and would only reopen at 10 am; my hearing started at 9.30 am! I took a long walk in the cool autumn air. I decided, as I rehearsed my lines, that I would do away with lots of notes and technology. I had come to see these faceless people who read and disqualify our proposals. I would speak from the heart. I would foreground the work, so that they could understand who we are, what we do, and why the money we earn is such a small part of the bigger story.

Several SMS’ from colleagues and my husband next morning lifted the energy left after a sleepless night. I remembered the Chair’s advice. I reached for the bit of diplomacy I learned in my last job working for the Commonwealth Secretariat. The Chair of the Hearing put me at ease. He had worked for the EU in Pretoria during my time as Chief of Operations of the Commonwealth Observer Mission, nearly twenty years ago. This gave me standing and respect (“Oh, so you must have met Mr Mandela” and so forth). By the time I pulled out my trump card – a triumph indeed – I knew I had an empathetic ear.

I have learned from court battles never to be overly optimistic about one hearing, So when my husband called me that evening to ask how it all went I predicted- rightly – that we had won this battle but another challenge lay ahead. When the E mail came it congratulated GL on winning the case on salaries, but loosing round two – the institutional check. For awhile I wallowed in anger and disbelief. But I have learned that when you start legal processes, you have to be ready to go the distance. Again, the senior management team studied the evidence. We agreed that while we had made a few errors, this did not warrant disqualification. I wrote the next appeal, arguing that the score of 57% needed to be more like 80%. Bridget and I furnished detailed arguments to support the case.

Miracle of miracles, this time FLOW responded that we had not only won round two, but that we would not need to come for a hearing! Even though FLOW funds had already been allocated, our proposal had proceeded to the final round three: the programme check. As I write, the panel is being reconvened, and we should have a final response by April. We are still on tenterhooks. But, whatever the outcome, there have been so many lessons learned – a reminder that we should never shy away from learning the hard way.

Apart from the incredible team work of Exco, the senior management team and corporate services, the experience has been a reminder of the power of evidence, thoroughness and a cool head. Even if we lose, we will do so with dignity, and with a very different profile in theHague than might otherwise have been the case. In this David and Goliath conundrum, one is reminded constantly of the importance of believing in oneself, whatever the odds.

Equally important, this case has shown us the importance of having several different plans in place at any given time. Success with a few big funds had lulled us into complacency. After the FLOW debacle, we swung into action with a multi faceted fund raising plan that is gradually paying off. Ably coordinated by Bridget and with the involvement of all managers, we spent the last part of 2011 visiting potential donors in all the countries where we have, or are registering offices. We created a category in staff awards for resource mobilisation by field staff. The country managers have ferretted out all kinds of new opportunities. In Mozambique we are close to signing an agreement with IBIS, in Zimbabwe with Sida. I can see a day when GL regional shrinks to a mere coordinating structure, with most of the funds and work in-country!

We are aggressively responding to all funding opportunities. This bit of reflection is light relief from editing what seems like the hundredth EU concept note this year. As I read it, I hear my former “A” level history teacher Tony Hatton standing over my shoulder and saying: “quote the question; answer the question!” I notice the Lesotho EU proposals in Arial ten – South Africa was Times Roman 11 (gasp!) I do a quick google check of the rules. Heaven forbid we should be disqualified because of the font!

At one level, it all seems so removed from the marginalised women we purport to serve. At another level,Ihear my teacher-mother, my guardian angel saying: “Once bitten, twice shy; the devil is in the detail” and so many other truisms.I know that after FLOW I have become so much more careful; that I will never take anything for granted; and that if we fail it should not be for want of trying.

I close my eyes (my optometrist has warned that I am spending too much time in front of a computer screen) and long for the hills and sunshine of my childhood. I remind myself of something I wrote in a staff evaluation in December – “when the going gets tough, the tough get going.” That, in a nutshell,is what I learned in the class of 2011/2012!

Comment on When the going gets tough, the tough get going! Cancel reply