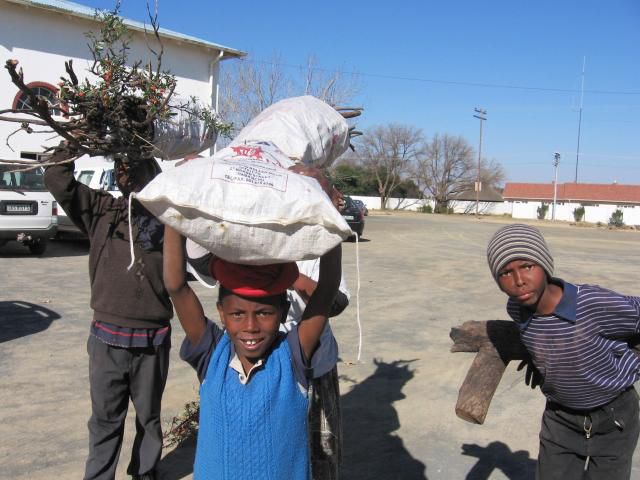 CAPE TOWN: The theme for this year’s World Day Against Child Labour is “Caution! Children in Hazardous Work”.

The 12 June global event will attempt to shine a spotlight on the most exploitative and harmful forms of child labour, many which occur in South Africa.

Evidence of the active movement to protect children and end child labour can be seen in the large number of International Labour Organization (ILO) policies and other legislation enacted over the past decade.

All this, however, has still not been enough to halt the exploitation of children in the Worst Forms of Child Labour (WFCL) category.

Another type of WFCL in South Africa is debt bondage. This means children work without compensation or freedom of movement in order to pay off alleged accumulated debts for food, shelter and transport.

All these forms of child labour are harmful to a child’s physical, psychological, moral and social development. They are all also (save fetching water), incredibly difficult to track and monitor.

South Africa’s Department of Labour (DoL) has over the years risen to the task of tackling these issues by making amendments to labour legislation to include the criminalisation of child labour and regulating work done by those 15 years of age and older.

However, the DoL’s work has been limited to the formal economic sectors and does not necessarily deal with instances of the WFCL.

This role should fall under the Department of Social Development, which currently has a deficit of thousands of social workers nationally. Worse, there are few shelters to accommodate adolescent victims of exploitation and trafficking, especially older children who have been sexually trafficked, as well as those who are transgendered, HIV positive or drug users.

There are many gaps but one of the worst is the widespread lack of knowledge and understanding of child labour and that it is a crime. Many see it as a foreign idea, something which is not an issue in South Africa.

Those who need to join the fight and raise awareness are not limited to government, police and civil society. We all have a role to play in ending child labour.

But this is easier said than done. There are currently few recent national statistics concerning child labour, let alone its worst forms.

Back in 1999 Statistics South Africa conducted a household Survey of the Activities of Young People (SAYP). It found that out of 14.4 million children between five and 17 years, more than 3.3 million were working in commercial agriculture, subsistence farming, manufacturing, construction, trade, transport, informal finance and services (which includes domestic work).

Of this total, 247 900 children were found to be in the WFCL. But this figure is considered by many to be a gross underestimation of the actual number of children involved in exploitative labour because the survey was limited to children within households and did not include the large number of children who live and work on the streets. This includes thousands of young girls forced into sex work.

It is these most vulnerable children who often fall prey to exploitation.

This lack of statistics does not mean the problem has decreased. And despite the huge numbers of affected children, there are few organisations in South Africa that deal specifically with child labour and little funding is available.

This is partly due to the fact that when the Millennium Development Goals were drawn up, child labour was overlooked. However it directly impacts several of the MDGs, including in the quest for universal primary education.

The hours children spend daily travelling long distances to fetch water in rural areas means this goal will not be achieved until child labour issues are addressed.

Policies and legislation in most spheres need to begin addressing these issues with the seriousness they deserve. We need to pressure governments (and one another) to better understand the problem of child labour. South Africa can’t continue leaving these forgotten children behind.

Doreen Gaura is the Anti Child Labour Programme Coordinator at Activists Networking Against the Exploitation of Children. This article is part of the Gender Links Opinion and Commentary Service.