Zambia: No women, no constitution!... 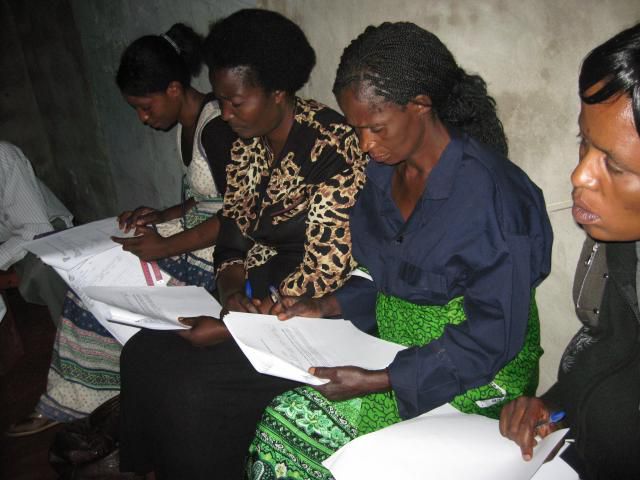 Zambia: No women, no constitution!

Gender activists and civil society organisations in Zambia have been applying pressure on authorities to mainstream gender in the draft Constitution after its rejection by parliament in 2011.

The Constitutional Review committee led by Willa Mung’omba included women’s rights in the Bill of Rights but – in the view of activists – failed to mainstreaming gender throughout the Constitution. The women’s movement added their voice to the dissenting groups with the slogan “‘No Women, No Constitution.”

Zambians are back to the drawing board. Various initiatives seek to ensure that the demands of women are included in the process. Women in Law Southern Africa (WLSA) as lead organisation of the Southern African Gender Protocol Alliance on Constitutional and Legal Rights has spearheaded the women’s movement analysis using the SADC Protocol on Gender and Development. WLSA Zambia coordinates the Zambia chapter of the Alliance on behalf of the Non-Governmental Organization Coordinating Council (NGOCC).

One immediate result is that the draft Constitution of April 2012 removes Article 23(4c) – a claw back clause. The draft constitution outlaws “discrimination with respect to adoption, marriage, divorce, burial, devolution of property on death or other matters of personal law.” It declares the “supremacy of the Constitution” and nullifies “any other law or customary practice that is inconsistent with any of its provisions.”

Activists met in Mulungushi International Conference Centre in Lusaka from 13-15 June 2012 and drew up a declaration expressing the position of women on the constitution- making process. The Mulungushi Declaration is a product of broad consultation with NGOs, Faith-Based Organisations (FBO’s), Community-Based Organisations (CBOs), the labour movement, the private sector, political parties, marketers, women farmers, women from the financial sector and traditional leaders under the umbrella of the NGOCC. Officials from the Ministry of Gender and Child Development (MGCD) attended the conference.

The Declaration appreciates the progressive provisions contained in the latest draft such as:

Comment on Zambia: No women, no constitution! Cancel reply