Zambia: There is no defence for beating women... 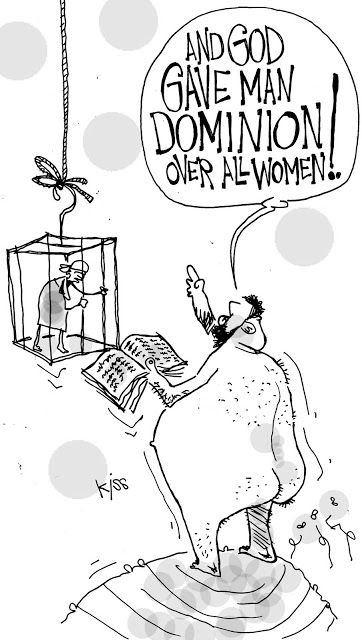 Zambia: There is no defence for beating women

Lusaka, 13 June: A group of regional NGOs have condemned recent utterances made by Zambia’s Minister of Defence, Geoffrey Bwalya Mwamba, suggesting that ‘beating a wife is a sign of love’ and ‘mild’ forms of violence against women are acceptable where he comes from.

The Zambia National Women’s Lobby (ZNWL), Young Women’s Christian Association (YWCA), the Non-Governmental Coordinating Council (NGOCC), Women in Law in Southern Africa (WILSA) and Oxfam released a joint statement expressing outrage over the Minister’s retrogressive remarks which contradict and hamstring the efforts being made to end gender-based violence (GBV) in the country.

“As a national leader who is supposed to be a role model to young men in society, such statements are likely to influence other men to justify violence against women in the name of culture. We expect men who are in such trusted positions like Defence Minister, to be at the forefront to protect women and secure the future of our daughters,” the statement read.

The NGOs are demanding that Mwamba shows good and responsible leadership by retracting his utterances and apologising to the nation for such a misleading statement. However, many other gender activists across the SADC region are calling either for Mwamba’s resignation or that the Zambian government dismiss him from his position as Defence Minister.

Ironically, Mwamba made the outrageous remarks at a Brothers for Life corporate breakfast meeting in Lusaka on 22 May. Brothers for Life is a campaign specifically targeted at men, and this meeting had the specific aim of securing support from the private sector towards in reducing GBV, HIV and irresponsible alcohol consumption.

Richard Delate, Managing Director of Johns Hopkins Health and Education in South Africa, a partner of Brothers for Life, explained that Brothers for Life does not condone the Minister’s statement. “We urge men across the continent to show love through respect and resolving differences through talking…There is no excuse for violence against women,” Delate said.

In a recent interview on QFM News in Zambia, NGOCC acting Executive Director Bridget Kalaba said the organization is disappointed that a person holding such a high-ranking position can say things that degrade and threaten women in Zambia and beyond.

Kalaba noted that the Mwamba’s statement is an indication that he has no regard for women, emphasising that no citizen should overlook GBV in a Zambia, where almost half its women have experienced some form of physical violence.

Mwamba’s statement comes as no surprise since he has a serious history of violence and GBV. In 2010 his wife charged him with assault after beating her, but to the disappointment of many gender activists, she later withdrew the case. He has allegedly threatened violence against his sister in-law and is also reported to have meted out violent punishment against his workers.

Philip Otieno, Executive Director of Men for Gender Equality Now (MEGEN) based in Kenya, condemned Mwamba’s remarks, explaining that hegemonic patriarchal ideologies only serve to reverse the gains that have been made in the last decade to bring an end to violence against women.

“As a man I do not support his stand point nor does the organisation that I work for. We all need to stand together with our sisters and brothers in the Zambian movements and lobby groups to ensure that persons holding key positions in our society have impeccable records in championing for the rights of the people and particularly women,” said Otieno.

Mwamba’s infamous behaviour and recent statement is a mockery of his designation which requires that he protect citizens and not to abuse them. His actions not only contradict instruments such as the Convention of the Elimination of all forms of Discrimination Against Women (CEDAW) and the SADC Gender Protocol, which Zambia has ratified, but his actions and words also violate Zambia’s exemplary Gender Based Violence Act of 2011.

The Anti-GBV Act is one of the most progessive of its kind in the SADC region, clearly outlining forms of violence that are prohibited by law regardless of status in society, tribe or cultural practices.

Mwamba’s unacceptable misogynistic statement is only the tip of the iceberg within a larger societal problem that renders women second-class citizens, where violence against women is justified and deemed acceptable by patriarchal cultural norms.

Beating women is a punishable offence and there is never any defence or justification or for it. Women’s struggle for equality is revolutionary and it will be women and men like Julia Chikamoneka who fought for Zambian independence that will continue to speak out, fight GBV and liberate all Zambian women.

Olivia Phiri is a Journalist and a blogger, who writes for several media outlets in Zambia. Kiss Brian Abraham is Director of KBA Innovations, a consulting firm that manages research, and media projects. He writes in his individual capacity. This article is part of the Gender Links Opinion and Commentary Service that provides fresh views on everyday news.

The cartoon was drawn by Kiss Brian Abraham after Zambia’s Minister of Defence, Geoffrey Bwalya Mwamba beat his wife in 2010.

0 thoughts on “Zambia: There is no defence for beating women”

Truth can hurt. Mwamba is not to blame. He stated what is in the area where he’d come from: Ã¢Â€Â˜mild’ forms of violence against women are acceptable where he comes from’ not what he preferred. To solve the problem, lazy as we are, we need to visit the area and found out why mild violence is acceptable there. We all know this is true in many African communities.

GBM is a representative of the people, the people chose him and the woman he beats is still married to him. If the culture supports beating of wives then not beating wives becomes abnormal. Its a complex mix of realities that most will best leave implicit in the backs of their minds. To resolve the problem, one must first wear a lens or look at this ecosystem from an alien’s perspective.

Comment on Zambia: There is no defence for beating women Cancel reply