Zimbabwe: And she still rises!... 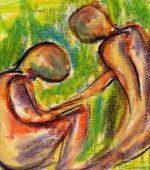 Zimbabwe: And she still rises!

Harare, 23 August – It often becomes impossible to rise if you fall too many times. This is not so in the case of my aunt Joana Meneses my father’s sister, and one of the phenomenal women in my life. She is an unsung hero who has been out of sorts on many occasions in her life, but she always rises to the juncture and takes on the bull by its horns.

Meneses is a Mozambican born woman who moved to Zimbabwe when the liberation war in that country heated up. In Zimbabwe, she met the love of her life that she would marry.

She bore five children and raised them in God’s ways. Her husband was a church elder at a Pentecostal church in Harare. The family therefore led a life that was the marvel of many and besides; they had to be exemplary to the other followers. Little did my aunt know that the family’s misfortunes were lurking around the corner.

In 2009, my uncle entered into an extra-marital affair. She surely had her way because my uncle left Meneses and the five children for a year with no form of support. Having no education, my aunt resorted to informal trade, baking and selling buns in the community that she lived in. She had to make ends meet for herself and her children.

The church did not spare her the embarrassment, it added to her emotional woes by demoting her from being an elder at church. For them, my aunt had seriously done something wrong which justified why my uncle had left the matrimonial home. Despite all the calamities, she remained resolute on the Lord and prayed earnestly.

It only took a year for my uncle to come back home on his deathbed. He confessed to Meneses and to his five children that he had contracted Human Immuno-deficiency Virus (HIV). He asked for pardon from my aunt and his children.

My aunt suspected that she might have HIV because she had had unprotected sex with my uncle before he left the family home. Having an HIV test confirmed her worst fears. She was also HIV positive.

Instead of turning her back on my uncle, Meneses took him in and nursed him. He got sick with full-blown Acquired Immune Deficiency Syndrome (AIDS) to the point of wearing diapers but she provided the care that comes with looking after an HIV or AIDS patient. For my aunt, she had forgiven her husband and life had to go on.

Only a few months passed before my uncle joined the ancestors. Meneses wished that she had died first so that she could not go through the pain of seeing her children suffer. She bemoaned her fate and that of her children despite the fact that her husband had been unable to fend for the family for some time.

Her first-born son, Paul completed his advanced level education and resorted to finding a job that he found at a cotton company just outside Harare. Pius became the family’s breadwinner at eighteen. Meneses found a comforter in her son for all the troubles that had befallen her. She started her anti-retroviral therapy (ART) and she felt at ease because her son took care of all the family’s financial burdens.

As the adage goes, ‘it never rains, but it pours’, one day an unsuspecting Meneses got visitors in a car that was adorned in her son’s company’s logo. The sight of these cars had become familiar, as Paul would drive home with his work colleagues on some occasions. She remained unperturbed, but not seeing her son among the visitors raised slight questions in her mind. After the customary greetings, the visitors announced the news that Pius had been involved in an accident while on duty and he had died on the spot.

This was fate, she had no choice but to accept it. If we all had the choice of seeing our problems approaching and running away from them, we could have all been champions in the race of life. This is not true for life and it did not give Meneses such alternatives either.

She mourned the death of her son and continued to battle with HIV, never in any instance losing heart or giving up on life. Meneses is still going strong today and continues to take care of her 3 youngest children. Her second-born son migrated to South Africa in search of greener pastures. He provides for the family back home.

Meneses shines out for me because of her courage. She inspires me because of the will to survive against all odds. She believes that life will give her better rays with each new day.

I salute my aunt because she has been thwarted, depressed, hurt, affected and infected. Yet still she rises. She rises and she inspires other women, but she might not realise her phenomenal influence. She is a mighty woman indeed, my unsung hero.

Martha Munezhi is a demographer and is working towards a PhD. in Sociology at the University of Utah in the USA. This article is part of the Gender Links Opinion and Commentary Service, special series on celebrating phenomenal women, bringing you fresh views on everyday news.

0 thoughts on “Zimbabwe: And she still rises!”

Thanks you so much, this is very inpirational, I wish it riches the bigger audience.

May god gice her the strenght always

That is so touching, i wish her more years of life and that God will continue being on her side. Men and there stories it is really sad.

Comment on Zimbabwe: And she still rises! Cancel reply