Zimbabwe: The vibrant and defiant woman in my life... 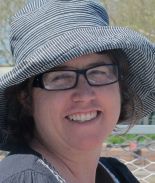 Zimbabwe: The vibrant and defiant woman in my life

My aunt is a mother to a six-year old boy and has beyond all doubt enjoyed and embraced motherhood so much that the love she exhibits has extended towards her nieces and nephews. The most striking thing that I appreciate each day is her warm smile. Despite life’s challenges and tribulations she still manages to yield a smile in almost all situations.

I have neglected diaries and journals because she has convinced me she has the perfect solutions and advice to all my predicaments, with her famous pick-up line, ” Oh Nicolatte, I will figure it out,” and she will indeed figure it out. Yes, your phenomenal women are strategists.
Apart from being a motherly figure, Auntie Shantha is also a career woman who is passionate about her work. Currently, she is the Chief Communications Officer for United Nations Children’s Education Fund (UNICEF) in South Africa. I strongly believe that her appointment to this position is reflective of competence, solemnity and diligence.

Working for UNICEF has moulded her into a person who prioritises human rights especially children’s rights. During her stay in Zimbabwe she took care of a young orphan in Epworth, Harare. She paid for her school fees, a gesture that a few people would have expressed considering economic conditions that prevailed in Zimbabwe between 2003 and 2006. Only a woman of integrity and generosity extends such heartfelt kindness towards the community. When I look at her I always pray that I become even half the woman that she is.

The production of the film, T-Shirt Travels is one of the climax moments in Aunty Shantha’s life. The film is a documentary that exposed the misuse of charity clothes from Europe and America. Some people were “stealing” the clothes and selling them as second hand clothes in Africa. She wanted to raise awareness about these corrupt activities at the expense of the poor who need these handouts. She demonstrated bravery by tackling an issue that touched on the lives of business people who thrive on unjust activities.

Despite potential controversy that would arise from the documentary, Bloemen carried on in directing and producing this film. As feminist as this may sound, women are goal makers and achievers. My aunt revealed that, with determination and endurance as the foundation of any goal, women could conquer any obstacle to the survival of justice in society.

In 2001, Bloemen received an award for this film at the Vermont International Film Festival for T-Shirt Travels. The film was awarded for a great story line, exceptional production and for bringing to light the hidden issues of abuse of charity. This increased recognition and viewership of the film. She earned a lifetime achievement that we are all proud of, and I always brag about it.

In the year 2011 her husband Munyaradzi Gwisai was arrested and charged with treason against the Zimbabwean government. This was one of the most difficult times in our lives because in Zimbabwe, if one is found guilty of treason, they face a death penalty. She took a brave stance and mobilised media and activists around the world through social networking sites and her media contacts. The media’s denunciation of the charges exerted pressure on the judicial system in Zimbabwe. Fortunately the treason charges were dropped, and Gwisai was then charged with public violence. As I write today my uncle walks a free man because of the valour that Bloemen showcased. Her victory is one that we will forever cherish and appreciate.

The double roles that she has taken up just like every other woman, of being a mother and worker are full time jobs that require equal attention and dedication. The ability to juggle the two roles simultaneously is worth appreciating. Every mother is their child’s heroine because of the sacrifices that they make day in day out not just for their children but also for the community at large. Bloemen has definitely travelled this road and I stand in awe as I look at the triumph that she has procured.

I feel so blessed and fortunate to be surrounded by all this love, bravery, vibrancy and inspiration that she possesses and shares unconditionally. When I look at her I see the woman I want to be in twenty years. Happy women’s day to the most incredible woman I know, Shantha Bloemen!

Nicolatte Buliani is a media student at Wits University in South Africa. This article is part of the Gender Links Opinion and Commentary Service, special series on celebrating phenomenal women, bringing you fresh views on everyday news.

One thought on “Zimbabwe: The vibrant and defiant woman in my life”

this is just but lovely.

Comment on Zimbabwe: The vibrant and defiant woman in my life Cancel reply