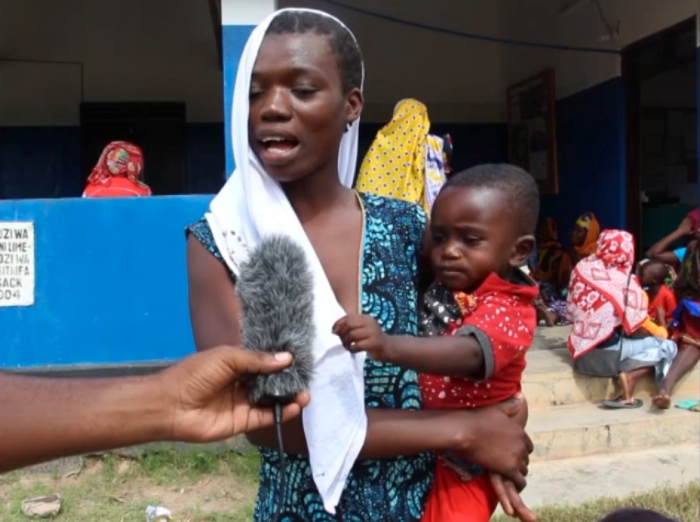 Dar es Saalam, 5 August – The documentary focused on harmful practices fuelled by poverty that cause of child marriages in Mtwara region, Tanzania.  Ziwani village is one place where many girls have children at an early age and some of them have never gone to school.

In many other cases, girls drop out of school due to poverty and end up in early marriages so that they can earn money to help their families.

The documentary aimed at shedding light on the persistent practice of marrying girls off to curb poverty. It is important that Parents protect girls by giving them education and providing their need. Therefore, communities and government need to take steps towards apprehending perpetrators of child marriages.

Many policies that exist in Tanzania do not cater specifically tackle the issue of protecting the rights of girls and those that bend towards this are not always effectively implemented. The government needs to put into place initiatives that ensure girls go back to school and reach their goals.

In addition, the documentary also aimed to establish the root cause of early marriages and teen pregnancies in order to take the necessary actions to reduce such issues. the documentary’s main purpose was to raise awareness and  inspire communities to end all forms of discrimination against all girls.

The story included sources such as girls who were pregnant when they left school and their parents, stakeholders and government representatives. It is important to share the voices of those affected because it allows them to have a platform to express themselves and describe their experiences.

Sophia Kessey is a journalist and presenter at Cloud media in Tanzania. She produced her story for the Tanzania Gender and news summit.