“Embracing being a Young African Woman Leader, an Active Agent of Change, a Catalyst of Development and a Trendsetter!” Being given an opportunity to deliver a motivational speech at the Regional SADC Gender Protocol Summit and Awards in 2013, held in Johannesburg, South Africa. It was a really humbling experience to deliver a speech along […]

“Give women the means and they will make sure that the work is done” is the mantra of Soonita Kistamah Kistamah has a long experience in Early Childhood Care and Education. She is the Director of a pre-primary school “Cubbies”. She has learnt the behaviour of parents through her small children. According to Kistamah management […]

Jacqueline Dursoniah is 56 years old and is a Social worker. She is the founder member of the Non-Government Organisation (NGO) named Civic Action Team situated in Pailles. Jacqueline is currently President of the NGO. The main activities of the association are: Social Services, Socio-economic development Project(s): Setting up of a nursery Background Jacqueline Dursoniah […]

“Women have a great role to play in the community” RAVELOJAONA Rita is the Head of the Social and Cultural Department of the Sabotsy Namehana Commune. The Number 3 National Road goes past this Commune. It is quite near Antananarivo , 30 minutes’ drive from the city centre. Sabotsy Namehana is among the Centres of […] 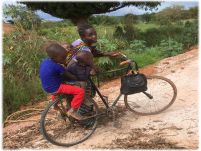 By Yusufu Ahmadi Dar es Salaam, 24 August: The on going gender and media summit saw journalists from across the country share how they are succedding in undertaking gender sensitve and responsive journalism . Some research undertaken by journalists in Tanzania have shown that despite little improvement towards achieving gender equality and ending gender based […]

2014: Community Health Evangelism (CHE) a non-governmental organization sets out to empower women to generate income, better their lives and become independent. In addition (CHE) was working towards preserving nature by reducing the risks of climate change. Nqobile was introduced to Gender Links by the then Siteki AMICAAL Gender Focal Person Ms Nomathemba Siboza. During […] 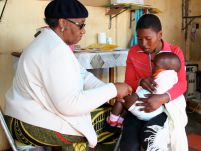 By Alex Mchovu Dar es salaam, 5 August – The Hangaza tribe are a Bantu speaking people who are closely related to the Warundi of Burundi. They hail from the Kagera region in Ngara District in the North Western part of Tanzania. A common practice of the Hangaza is that women resume their responsibilities shortly […]

“Women are just as capable as men. If the playing field was level, men and women would have the same impact, achieve the same goals and have equal representation in various leadership levels” Opelo Nichenge is a Gender Focal Person who helps her clients to move from a place of distress to functionality. In order […] 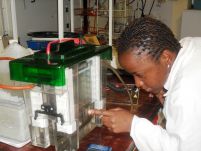 Johannesburg, 7 March: On 8 March 2017, Gender Links (GL) joined the world in celebrating International Women’s Day (IWD) under the United Nations theme “Women in the Changing World of Work: Planet 50-50 by 2030.” GL, notes the huge changes happening in world of work and calls on all Southern African Development Community (SADC) leaders’ […]

Turning the tide: CEDAW and the gender dimensions of the HIV/AIDS pandemic

This booklet is a contribution to understanding how CEDAW can be put to work immediately to ensure that gender equality become a guiding principle in the fight against HIV and AID and fight not only to recognise women’s human rights but mirror them in legislation, decision making and all policies and plans and budgets. In […]