Republic of Namibia Ministry of health and social services: Guidelines for counseling of HIV/Aids and sexually transmitted diseases

HIV/Aids has become a major public health problem in Namibia. it affects human beings especially young and economically active people; who are responsible for the care and support of their families. This situation  calls for very concerted response from all Namibians. The transmission of the HIV in Namibia has to be stopped or slowed down […]

A summary of the combating of rape Act

A new law on rape called the combating of rape Act came on force in Namibia in June 2000. This law is one of the most progressive laws on rape in the world.

The status of women in the South African economy

The report details the present situation of women within the South African economy as well as giving an insight into trends that are discernible in the data. In this way it is possible to see where South Africa has been successful in enabling women’s full participation in the economy and where it is necessary to […]

Name of the story: Femmes construire un soins de santé Name of the media house: Magic Multi Media Country: Madagascar Synopsis Brief description of the item of work you submitted and motivation of why it is a good example of gender awareness and sensitivity in advancing gender equality Post-2015. Cette émission sur ” Les femmes […]

In the future, I want to move the projects upward and onward. To do all we can to make the lives of these very special children better. To influence a change of attitude within our Country relating to the Disabled. Thank you Gender Links for inspiring me to become a better person!! 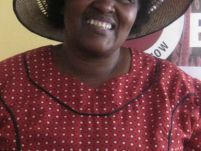 As a politician, Khetsi believes that she has to bring change to peoples’ lives, since they elected her into the councillor position with the hope that she will be able to influence change. “As a woman also, I believe that it is time for women to show the world that women are as capable as men to bring change in peoples’ lives. Men should not feel intimidated by the presence of women but rather they should take advantage of that and join efforts and promote the economy,À said Khetsi. 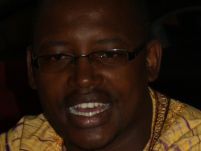 I can really say that my work and Gender Links, we are one thing. One thing that I like the most is that Gender Links is there to help people see. To open their eyes. To understand things better. This is also my mission. 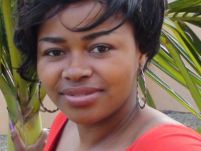 I changed my life with the help and knowledge I gained from Gender Links. I now know what gender equality is, so I try to strengthen that even at workplace, at home and everywhere. I have learned that everybody is capable, has potential and must be given equal opportunities to explore and be everything in life regardless of their sex. 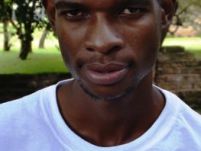 Through those sessions with Gender Links, I gained skills on care work just by reading the case studies in the Gender Links manual. I have sought to look at recruitment in the organisation with a different eye as I incorporate both sexes. Our work as VOCC could not have been made possible without the support of other actors like the council, National AIDS Council and Batsirayi Group who encourage behaviour change. It is this information that we are disseminating to the community. 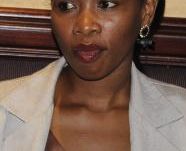 Being part of Gender Links has helped her a lot; before she only knew women as helpers of men, the minority part of human beings. She said, “I used to think women were supposed to get married to be respected in the community, and leave leadership roles to men as they have an upper hand in everything as it is in our Swazi culture.” The advocacy for women’s empowerment never made sense to her before, but now she knows that women and men are equal.