ADMINISTRATIVE INFORMATION Name of monitor: Your name Madikana Matjila Name of Television station: Channel where you are getting the story SABC 2 Name of programme: Name of News programme Setswana/Sepedi news Date of broadcast: Date when the news item was broadcast 27 November 2018 Story number in the bulletin 6 Time: Time of broadcast 20H00 […]

Mauritius, Association Kinouete – Empowering teenage girls in conflict with the law for a fruitful development.

The project is geared towards facilitating the process of rehabilitation and re integration of teenage girls from rehabilitation youth centre and correctional youth centre. Kinouété believes that each detainee is a person entitled to a second chance and capable of leading a successful life. Kinouété strives to be an example, a factor of change and […]

Man arrested for murder of his granny _ Botswana guardian 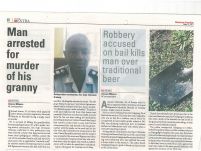 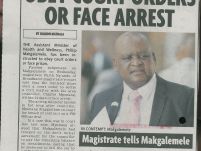 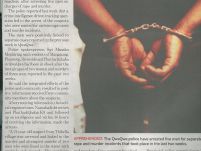 A summary of the combating of rape Act

A new law on rape called the combating of rape Act came on force in Namibia in June 2000. This law is one of the most progressive laws on rape in the world.