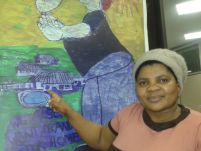 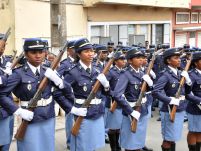 Understanding society: How do we change behaviour? Make it simple

In this issue we bring together some of the world’s leading thinkers in social psychology and behavioural economics and researchers from the global Ipsos network to consider the impact these disciplines are having on public policy.

We are delighted to have in this publication an interview with Professor Cass R. Sunstein, one of the key figures in describing then applying these approaches. Professor Sunstein is the Robert Walmsley University Professor at Harvard University and Harvard Law School and until recently, Administrator of the White House Office of Information and Regulatory Affairs in the Obama administration. Perhaps best known globally for co-authoring Nudge: Improving Decisions about Health, Wealth, and Happiness with Professor Richard Thaler, he has just published a new book À“ Simpler: The Future of Government À“ and as the title of this edition shows, we feel this sums up a key theme in behaviour change. In office, he took a decidedly empirical approach to working out which regulations work, and he outlines here some of the insights from his time in the White House.

We are equally thrilled to have interviews with Professors Susan Michie of University College London (UCL) and Theresa Marteau of the University of Cambridge. Professor Michie, Director of UCL’s Health Psychology Research Group has advanced one of the most well-regarded frameworks for characterising and designing behaviour change interventions. Professor Michie discusses the advantages of starting from a diagnosis of the “behaviour in contextÀ and drawing on what has worked before, as well as outlining new areas of research she and her team are working on.

Crossing Borders II: Migration and Development from a Gender Perspective

The document Crossing Borders II: Migration and Development from a Gender Perspective is the result of a process of theoretical and conceptual reflection carried out at UN-INSTRAW. Following the initial publication of Crossing Borders: Gender, Remittances and Development (UN-INSTRAW, 2005), in which the linkages between gender, migration and development were explored from the perspective of the sending, receipt and utilization of remittances, several case studies have been conducted by UN-INSTRAW in various contexts. The evidence documented through these case studies has allowed us to revisit our initial analytical framework from a new base of understanding and today present a revised framework that looks more broadly at the linkages between migration and development from a gender perspective, taking into account but also moving beyond the question of remittances.

Recent studies by Gender Links Botswana has revealed that ovr two thirds of women in Botswana (67) experience some form of gender violence in their life time.
The study says 44% of men admit to perpetrating violence against women . Roos van Dorp , Gender Links Program Officer told Global Post that while Botswana is doing enough to eliminate gender based violence , statistics still show that violence is still high and prevalent in the country.

Embrace NDP, it will work for us all – The New Age

As we chart our way through turbulent economic and development waters, we should take a moment to reflect on the guiding principles or simply pull out the campus which guides us on this journey. What sets leaders and government apart is the capacity to see ahead, take a long term view and come up with types of new initiatives that will have positive impact in the country.

Discuss comprehensive issues around the prevention of HIV and AIDS among the people both male and female adolescence to young adulthood. 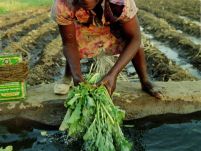 As individuals, companies and nations continue to emit greenhouse gases into the atmosphere; the effects of climate change are worsening, especially for the poorest, including millions of people in Africa. This week the United Nations is hosting a climate change conference in Germany to discuss some of these issues.

Man to rot in jail for raping mentally ill man

Man to rot in jail for raping mentally ill man. “We hope this serves as a deterrent.”