She has been living in a secret, silent hell for the last 15 years. She’s been raped and gang raped more times than she can remember, but the voiceless 21-year-old girl from Kamaqhekeza, near Komatipoort in Mpumalanga has finally found a voice through Adam Moosa (36), a man who speaks sign language. 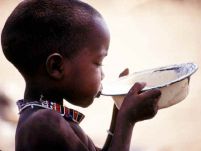 This year’s World Disasters Report focuses on the growing crisis of hunger and malnutrition. Smallholder farmers who produce half the world’s food are among the almost 1 billion people who go to bed hungry every night. Millions of children suffer the irreversible effects of under nutrition. Increasing food insecurity weakens people’s resilience to disasters and disease, and people everywhere are experiencing the increasing volatility of food prices. This report analyses the causes and impacts of such vulnerability at community, national and international levels – during and after emergencies, and from a longer – term perspective. It examines the challenges of the globalised nature of food related vulnerabilities, and the need for a cross-disciplinary approach. The report acknowledges the complexities involved, that the issues of global food security, hunger and malnutrition go to the core of virtually all the major components of the functioning of the international system, from international trade to climate change, from water scarcity to scientific innovation. 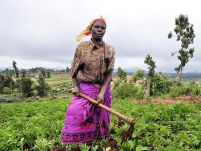 The United Nations Development Programme (UNDP) has developed training modules and policy briefs on gender and climate change themes of specific relevance to the Africa region, including overall climate change issues, adaptation, finance, agriculture and food security, and energy and technology. These knowledge packages are expected to assist in capacity-building efforts in the Africa region on gender and climate change and on broader issues of sustainable development. These materials draw on capacity development work being undertaken in partnership with other members of the Global Gender and Climate Alliance (GGCA) and complement existing GGCA training modules, resource guides, and related knowledge products. Their preparation has been made possible by contributions from the Government of Finland and the Government of Denmark (For more detail, see the introduction to module 1).

This second module in the series addresses gender issues involved in the processes of adaptation to climate change.

GenderCC’s new toolkit for climate experts and decision-makers covers the major issues of the climate change negotiations and introduces methods to be used for mainstreaming gender into climate policy.

This guide is designed to help National Societies to plan and develop public awareness and public education efforts for disaster risk reduction and suggests the guide is needed to help four major areas of activity: public health, environmental stewardship, earth science and geology, and the International Red Cross Red Crescent Movement (IFRC). The guide supports two key IFRC documents – Strategy 2020 and A Framework for Community Safety and Resilience in the Face of Disaster Risk, and will help to implement the Hyogo Framework for Action – a global blueprint for disaster risk reduction effort between 2005 and 2015 – by providing specific operational guidance for promoting disaster risk reduction. It is designed to help guide planning for public awareness and public education efforts, to produce increasingly successful and high-impact outcomes.

This paper seeks to demonstrate that the education output in its current state does not allow building a resilient human capital in African Least Developed Countries (LDCs). African LDCs are characterized by structural handicaps, including their low level of human capital that prevents them for attaining internationally agreed goals and poverty reduction. Moreover, their moderately good economic growth performance has not resulted in a commensurate reduction in poverty, mostly due to lack of employment opportunities. While the reasons for this low employment creation are diverse and stem from the nature of growth itself (demand side of labour market), on the supply side the mismatch between education profiles and demand by the formal and informal labour market is an important driver. Indeed, the level, quality and content of the predominately primary school output do not meet the requirements of a labour market. Using primary and secondary data on employment in Ethiopia this paper shows that numeracy and literacy skills are not sufficient for employment opportunities and reinforce overall vulnerability.

Does Climatic shocks matter for Food Security in Developing Countries ?

This paper analyses the effect of climatic shocks on food security over the period 1960-2008 for 77 developing countries. We apply modern econometric methods, use panel data and two indicators of food security that are malnutrition and food production. The results are as follows: Firstly we show that rainfall volatility is a factor of food insecurity in developing countries. Indeed rainfall instability reduces food production and increases the percentage of total undernourished population. Secondly we find that African countries are more vulnerable to rainfall instability than other regions. By reducing food production and increasing the proportion of undernourished population, rainfall instability is a factor of food insecurity in these countries.

Agriculture is one of the sectors most vulnerable to climate change impact. The impact is even stronger in Africa, where agriculture is truly important for the daily subsistence, and where adaptive capacity is low. Therefore, it is crucial to increase the understanding of the actual climate change dynamics on agricultural activities and on the societies at the lower levels. This study uses the West-Arsi zone in Ethiopia, as a case study and examines the local climatic trends and its impacts on the livelihood in the region. It also answers the questions who is more vulnerable and why, what are the local and institutional coping mechanisms, and what are the constraints that exacerbate vulnerability. The study uses semi-structured interview to garner data from local society, government officials and experts, and secondary data from published and unpublished sources, and systematically analyses this material both using qualitative and quantitative analysis.

The Gendered Nature of Natural Disasters: The Impact of Catastrophic Events on the Gender Gap in Life Expectancy

Natural disasters do not affect people equally. In fact, a vulnerability approach to disasters would suggest that inequalities in exposure and sensitivity to risk as well as inequalities in access to resources, capabilities and opportunities systematically disadvantage certain groups of people, rendering them more vulnerable to the impact of natural disasters. In this article we address the specific vulnerability of girls and women with respect to mortality from natural disasters and their aftermath. Biological and physiological differences between the sexes are unlikely to explain large-scale gender differences in mortality rates. Social norms and role behavior provide some further explanation, but what is likely to matter most is the everyday socio-economic status of women. We analyze the effect of disaster strength and its interaction with the socio-economic status of women on the change in the gender gap in life expectancy in a sample of up to 141 countries over the period 1981 to 2002.

Durban 29 November: The dramatic changes to weather patterns as a result of climate change will have dire consequences on agriculture, the major source of food and income for Africa’s small scale farmers, the majority of whom are women. Millions of people will be forced to migrate as they seek better living environments to sustain themselves and their families as the land becomes unproductive. Not enough is being done in national adaptation strategies to acknowledge the different gender dimensions of climate change and migration.