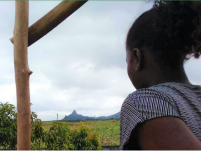 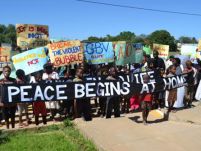 By Bongiwe Zwane, Mbabane,  7 January: “Had I woken up ten minutes earlier, perhaps I would have saved my daughter,” Nomthandazo Masilela says. The 54-year-old mother of three is still struggling to accept the death of her 30-year-old daughter Temave who committed suicide in 2018 following a long history of emotional abuse by her estranged […]

Violence against women and girls: the shadow pandemic 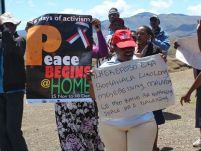 UN Women Press statement New York, 7 April: With 90 countries in lockdown, four billion people are now sheltering at home from the global contagion of COVID-19. It’s a protective measure, but it brings another deadly danger. We see a shadow pandemic growing, of violence against women. As more countries report infection and lockdown, more […]

My power taken away

Is emotional abuse not abuse

My Name is Kedibone* I got married to my husband in 1995 and in 1997 we had our first child this is when he started to abuse me.  He was a very jealous man. When I went to work, he would follow me to make sure I am at work. He used to swear at […]

My name is Nomsa  I stay Ga-Mashashane, Mohlonong. I was married in the Mabotja family from 2007. Things were fine between me and my husband until 2013. In 2013 he started drinking and abusing me physically. He would come home and beat me up after drinking. I had to run to the police station trying […]

Zimbabwe: Born in a polygamous family ruined my future

I am a 41 year old divorcee. I was born in a polygamous family and that contributed to the ruinous life that I am living. My late mother was the second to be married to my late father who already had lots of other children from his many wives. My late father did not allow […]

Zimbabwe: Abandoned by our mother and later abused in marriage

My name is Mamoyo* I was born to a family of two and my parents separated when I was eight years old. The situation exposed me to abuse and created a bad foundation for my life.  I started living with my younger sister and my father after my mother had left. The reason why mother […]

Zimbabwe: My miscarriages may cost me my marriage

I was born to a very loving and caring father, Davison, who made me what I am today. My mother died when I was only three and left Davison to take care of the family. I grew up doing everything with my brother, Malvin. My father did not remarry for he later told us that […]

Zimbabwe: I went through hell

My name is Tsitsi* I did not go far with my education as my late grandmother could not afford to pay for my school needs. It was in 1978 when I completed grade seven and had to stay home with her. My mother was just going all over bedding one man after the other. She […]