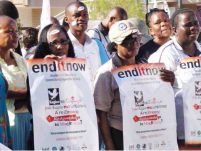 Of all women interviewed in the study, 67.3% had experienced some form of GBV in their lifetime. 44.4% of all men said they perpetrated some form of violence.

He is now a caring and responsible father

“I (Milly) thank God for giving me an opportunity to write my story about the pain and suffering my husband and his girlfriend caused me. At first when he mentioned “marriage” I thought “wow”, what a happy life.

Never too late to make wise choices about life

I (Candice) am a 23 year old woman who has experienced emotional, verbal and sexual abuse in the relationship I’ve been in since 2005. I had an organised and ordered life before I fell in love with a young man of 25 years old.

Women’s experiences of reporting rape to the police : a qualitative study

The issue of rape in South Africa has been widely documented and debated in the form of academic, legal, governmental and media reports. The statistics that inform us both of the incidence of rape and the number of women who report rape to the police have been vehemently contested. Secondary victimization of rape survivors by police, medical and legal officials, has been reported internationally in studies conducted in the United Kingdom, the United States and South Africa. The present study explored 16 women’s experiences of reporting rape to the police in historically disadvantaged communities. Qualitative semi-structured interviews were aimed at eliciting information about the nature of their experiences with the police and how their complaints were responded to and dealt with by police personnel. Six categories and 18 themes emerged out of a grounded theory analysis performed on the data. All of the participants were reportedly dissatisfied with the manner in which they were treated or the way in which their cases were handled by the South African Police Service (SAPS). The results implied the existence of rape myths in police official’s attitudes towards rape survivors, and the need to create awareness around the rights of rape survivors who report rape to the police, as well as to educate police officers with regards to the sensitivity of the issue of rape.

She was living in an abusive relationship. She thought that keeping silent about it would somehow make it go away. She was wrong!

Fostering resilience in primary educators: resilient women and their ability to endure, recover and grow through trauma

Trauma can be described as the emotional shock response to a physical or emotional injury that is overwhelming and has a lasting effect on a person. Based on this definition, trauma can be considered an integral part of life in South Africa. The consequences and effects of trauma are severe, both on individual and society levels. Nobody escapes the effects of trauma, but women and children are particularly vulnerable. Unfortunately the vast majority of South Africans have little or no access to mental health services. Some people, however, seem to be resilient in response to trauma and hardship. Although various definitions of resilience can be found in the literature, resilience is defined in this thesis as the ability and characteristics that enable a person to endure, recover from, and be strengthened to grow personally, regardless of exposure to traumatic life events. Women are generally the primary educators of children in the South African society, whether it be their own children, grandchildren or others. If South African women were equipped with skills that could enable them to deal more effectively with trauma, they would À“ as primary educators À“ naturally transfer their skills and knowledge to the children in their care. There exists a need for preventative interventions that may equip women to cope effectively with trauma. Certain educational interventions may provide avenues through which this may be achieved.

Southern Africa: Political will needed to end GBV in the region

Gender Based Violence (GBV) continues to be one of the foremost concerns in the struggle to achieve gender equality in the Southern African Development Community (SADC). The findings of a comparative research conducted between 2010 and 2011 in Botswana titled The Gender Based Violence Indicators Study Botswana reveal high prevalence of GBV in that country. One wonders, whether governments in SADC are committed to addressing the problem.

The study aimed to provide baseline data on the GBV extent, effect, response, support and prevention efforts in Botswana and calls for a state of emergency to be declared in a nation that envisions “A safe and secure nation by 2016À. In its Vision 2016 strategy, Botswana commits to the elimination of the violation of physical well-being and human rights. 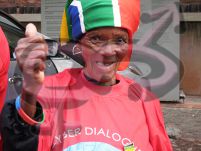