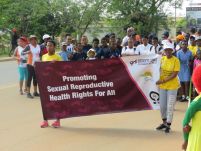 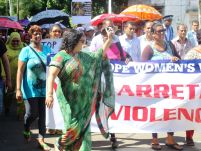 SA: The violent crime crisis and the war against women 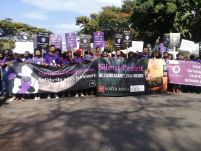 By Susan Tolmay, Johannesburg, 7 June: On 3 June 2022,  Minister of Police, Bheki Cele presented the quarterly crime statistics for reported crimes in the period 1 January to 31 March 2022 which he noted were especially brutal for women and children.   The statistics present a number of worrying trends.  Overall, there has been a 9,3% […] Arthur Davies  Sikopo, Lusaka, 9 December: She has for close to three years now being living under an abusive relationship, but today, she says “enough is enough!” Jane, (a pseudo name), demands that Justice should prevail in a case in which her boyfriend, whom she has a child with, be arrested for gender-based violence against […] 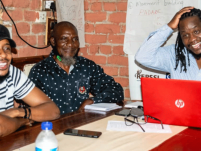 By Shamiso Chigonde, Harare, 6 December: Tawanda Chokani stands on the stage trying to think of a response. He is speechless after one of the men standing in the shade accuse him of kudyiswa (being given a love portion) since he is advocating for an end to Gender Based Violence (GBV) against women. Tawanda or […] 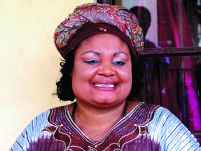 By Penelope Paliani-Kamanga, Lilongwe, 15 December: For the past two years, 40-year old Martha Kakodwa has been mourning the painful loss of  her child who was a victim a of cyberbullying. Her daughter Lise committed suicide after her boyfriend posted pictures of her naked on social media after they had broken up. “The crime my […] 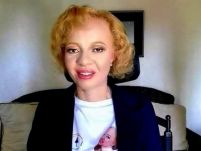 Call for stories on Gender Based Violence 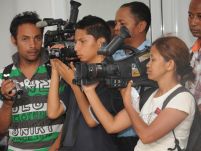 Gender Links (GL) in its capacity as secretariat of the SADC Gender Protocol Alliance is calling for stories to be published as part of its the Sixteen Days of Activism news series. GL will pay $100 for innovative and in-depth stories in online, radio or video that can be uploaded on the Gender Links News […]