The SAFE HAVEN HALFWAY HOME (SHHH) is a temporary shelter for teenage girls who are homeless due to abuse and rejection from family members. September 2017, Gender Links Mauritius opened the first halfway home in Mauritius called Safe Haven. A Halfway Home is a place that serves as a residence for people in need; providing them with the necessary skills […]

Below are the stories of our residents : Dola* our first resident is 18 years old originally from Terre Rouge. At 13 she started smoking synthetic drugs and ran away from her home. She was locked in the Rehabilitation Youth Centre (RYC) (children prison), for one year and as soon as she got out, she […]

Report on household’s access to specific economic, social and cultural rights: The case of Mongu Urban

Report on household’s access to specific economic, social and cultural rights: The case of Monze Urban

”The power of the pen” is a publication which highlights stories of people who may have lost hope in humanity without the intervention of ACFODE  through community-based initiatives that positively impacted their lives and encouraged them to persevere in the promotion of peace in their homes and communities. 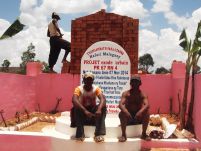 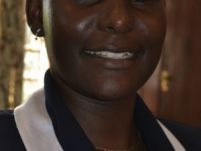 My initial experience with GL was at the Training of Trainers at Crowne Plaza. There I met the executive director, Colleen Lowe Morna. I was amazed that she can speak Shona eloquently. I came to understand how Gender Links operates, and what it is aiming to achieve. To me, it was an eye opener; I began to see things differently. We were awarded with certificates as Drivers of Change. I was also interested in the issue of climate change, and we immediately ran ahead with that area of work. Subsequent meetings with Gender Links were in the form of the COE workshops we held with the organisation in 2012.

The Human Settlements Department of South Africa has developed this manual to provide guidelines and procedures for lodging and investigating complaints as well as resolution of disputes with regard to housing finance. The office of disclosure was established under the Home Loans and Mortgage Disclosure Act, 2000.