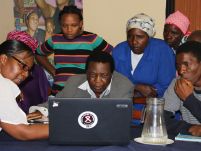 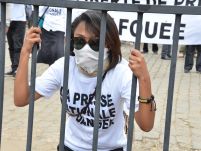 Johannesburg, 2 May: On 3 May, we commemorate World Press Freedom Day (WPFD) under the theme “Keeping Power in Check: Media, Justice and The Rule of Law”. This year’s celebrations take place amidst the strengthening of the #MeToo campaign concerning sexual harassment (online and offline), safety of female journalists and campaigns against gender pay gaps […]

CSW 2018: GAMAG Statement to the Commission 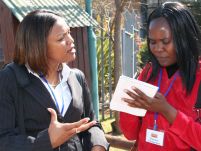 Toronto, 20 October 2017: The Global Alliance on Media and Gender (GAMAG) urges the Commission on the Status of Women (CSW) to take action to advance gender equality in and through the media, information and communication technologies. In its statement to the Commission, GAMAG outlines eight (8) policy and practice actions for UN Member States, […] 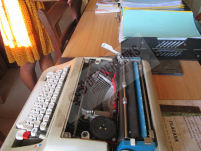 Making waves: media’s potential for girls in the Global South

Girls are slowly becoming a growing priority for the international development community and they are investing in girls’ empowerment. The interplay between gender and media has been investigated with regard to girls in the Global North, but the role the media plays in girls’ lives in the South needs more study. This policy briefing seeks […]

African media is increasingly using the internet as an output device. Using new technologies we can increasingly develop our riches for internal and external audiences.

Bridging the ICT gap among female and male teachers

Name of article:  Bridging the ICT gap among female and male teachers  Name of publication: The Broadcasters Organisation Country: Botswana Theme: Gender Equality Quotable quotes Provide one quote from your story that demonstrates what has changed in your life/ the life of the leader since you/the leader became gender aware. ‘Gender issues need me and […] 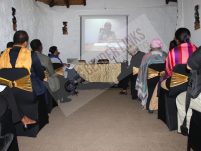 Evaluation matters: gender inequality and you

“Pleasure in the job puts perfection in the work”- Aristotle With the changes taking place in the technological arena, it is sometimes difficult to work out what my next new role should be in order to succeed as an ICT professional, but that is what makes the job interesting. I have been with Gender Links […]