Ogwediva, Namibia, 8 March 2016: My name is Nakandjemo* I come from Ombila village in Oshana region and have five children. If you give more women business skills, then poverty will reduce in Namibia. I am no longer abused by my husband we made peace. This happened because now I am making money and can buy food for the house and contribute to our children wherever I can.

India’s village of Gujarat is reported to banned women and girls from using cellphones. This greatly stifles young girls and women right to communicate which is a fundamental and basic human right for all.This will further exacerbate the communication inequality that exist in developing socities. Read more from the Independent.

This handbook looks at the following:
– Media regulation in SA
– The Constitution and the Bill of Rights
– ICT policies
– ICT Laws
-Regulatory policies
-Codes of conduct
-developing institutional gender policies 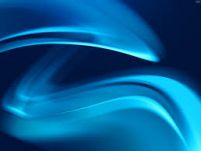 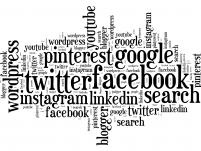 Harare, 9 December: Former Miss Zimbabwe, Emily Tatanga Kachote was stripped of her crown as Miss World Zimbabwe 2015, after nude pictures believed to be hers were leaked to the public via social media.

The publicly available photos were deemed unbefitting to a beauty queen who is supposed to lead by example.

CSW59: Women and ICTs are here to stay! 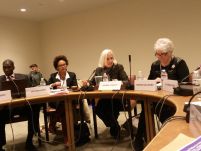 New York, 10 March: On day one of the 59th session of the Commission on the Status of Women held at the United Nations yesterday, the Association of Progressive Communications hosted a high level meeting with various delegates to discuss the reprioritisation of Section J of the Beijing platform for Action, which has received inadequate attention since 1995. In the current draft Sustainable Development Goals, gender in the media and ICTs are missing, which is a major concern for gender equality, considering access to media and ICTs are crucial for empowerment.

International: For a free, fair and gender responsive press

Johannesburg, 30 April: This Sunday, 3 May we commemorate World Press Freedom Day amidst concerns over the absence of a clear goal, targets and indicators on media and information, communication technologies (ICTs) in the draft post 2015 Sustainable Development Goals (SDGs).

Between April 2013 and June 2014, the Association for Progressive Communications (APC) carried out its multi-country research exploring the adequacy and effectiveness of domestic legal remedies and corporate policies/redress mechanisms to address the issue of technology-related violence against women (VAW). This paper draws on the final research reports from that project, and highlights some of the main findings of the research papers.

These grades are based on extensive research commissioned by Take Back the Tech!, including multi-country case studies, corporate policy studies and interviews with private sector actors. You can also look at other preliminary research findings. Final reports will be available as follow-up to the campaign.

The case summaries are based on in-depth case studies mapping women’s experiences of technology-related VAW and their attempts to access justice either through domestic legal remedy or corporate grievance mechanisms. The original case studies were documented as part of the Association for Progressive Communication’s (APC) seven-country research initiative, “From impunity to justice: Exploring corporate and legal remedies for technology-related violence against womenÀ , conducted in Bosnia and Herzegovina, Colombia, the Democratic Republic of Congo (DRC), Kenya, Mexico, Pakistan and the Philippines. The project explored the adequacy and effectiveness of domestic legal remedies and corporate policies/redress mechanisms to address the issue of technology-related violence against women (VAW).

The in-depth case studies were developed by country partners between November 2013 and April 2014 and the summaries were prepared by Richa Kaul Padte. The case studies put the emphasison women’s voices and looking at how women exercise and negotiate agency in different situations and contexts. The case studies included interviewing survivors, lawyers, police officers and service providers. There were a total of 24 case studies conducted across 7 countries.