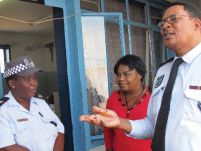 I STORY: Click here for Joyce’s story Key facts 18% of women who were physically abused sustained injuries and over half of the injured women had tostay in bed for an average number of nine days. A quarter of all the women interviewed suffered from STIs at some point in their lifetime. Women who experienced […] 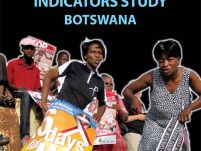 Over two thirds of women in Botswana (67%) have experienced some form of gender violence in their lifetime including partner and non-partner violence. A smaller, but still high, proportion of men (44%) admit to perpetrating violence against women.

Women’s experiences of reporting rape to the police : a qualitative study

The issue of rape in South Africa has been widely documented and debated in the form of academic, legal, governmental and media reports. The statistics that inform us both of the incidence of rape and the number of women who report rape to the police have been vehemently contested. Secondary victimization of rape survivors by police, medical and legal officials, has been reported internationally in studies conducted in the United Kingdom, the United States and South Africa. The present study explored 16 women’s experiences of reporting rape to the police in historically disadvantaged communities. Qualitative semi-structured interviews were aimed at eliciting information about the nature of their experiences with the police and how their complaints were responded to and dealt with by police personnel. Six categories and 18 themes emerged out of a grounded theory analysis performed on the data. All of the participants were reportedly dissatisfied with the manner in which they were treated or the way in which their cases were handled by the South African Police Service (SAPS). The results implied the existence of rape myths in police official’s attitudes towards rape survivors, and the need to create awareness around the rights of rape survivors who report rape to the police, as well as to educate police officers with regards to the sensitivity of the issue of rape. 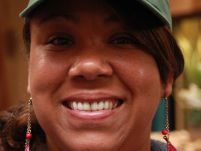 The training that I received from Gender Links has actually made a great impact on me, because I think that as a female politician I have always felt that I need to be extra tough to be taken seriously. I am not a tough cookie at all, and I guess that there are some barriers that women politicians do face even though these may not always be visible. After the training, I went home and had a moment to reflect on my journey as a politician thus far. Politics are tough, but being a female politician I believe women bring in a sensitivity and understanding that can be lacking in some of our male counterparts. 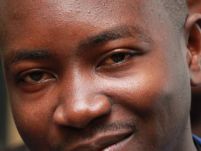 I would also like to see women being given more positions in power. At the Gender Links summit, I was so happy to see so many women in local government. It made me see what is possible, but also looking at my own community, I see how far we still have to go. I wish more men were exposed to these events; then they may be able to contribute to the gender agenda more positively. There is no doubt that too often when we speak of men and gender, they are the perpetrators of violence and oppression. We also need to talk about men who are upholding women’s rights, and promoting gender positively in their communities.

Gender Links has been an eye opener our communities. People have been ignorant of their rights. Some people have never seen or let alone read the constitution before. They do not even know that they can have access to womens rights policies that can benefit them. I comment Gender Links; the organization has worked tirelessly on the Centres of Excellence project of which my council is part. 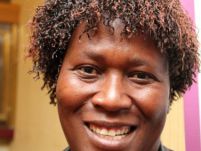 The skills I gained through working with Gender Links have helped me come up with real change. I now have knowledge of the SADC Protocol on Gender and Development; this has helped me look holistically at eliminating all forms of discrimination. I am very thankful for Gender Links for empowering me to teach other people. With this knowledge, combined with the skills I’ve gained on how to impart this knowledge and implement change, I am much more effective in my work. This has happened in addition to practical skills which have kept me abreast with the changing times, including computer skills. These in turn have strengthened my research skills, which empower me with even more knowledge. It is a positive cycle. 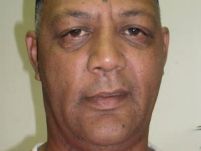 My role as an official within the council has also assisted me to deal with issues of gender based violence in my community, but the workshop with Gender Links really helped me to understand the role that I can play as a man to end GBV in my community. The Gender Mainstreaming workshop that I attended with GL really opened my eyes to a lot of things. The facilitators made it very easy for me to engage with the content of what we were being taught. At the same time, though, I realised that as much as we know that men are the perpetrators of violence, I also saw how important it actually was to also see things from another point of view.

The overall objective of this research study was the development of a psychiatric nursing science model that will provide a theoretical framework to facilitate the mental health of women exposed to continuous intimate partner abuse. In this thesis continuous intimate partner abuse will also refer to an abusive relationship. Violence against women is a global pandemic that costs the health and lives of more women than malaria, traffic, accidents and war combined (Holm 2000:12). It is stated that around the world at least one woman in every three has been beaten, coerced into sex or otherwise abused in her lifetime. Most often the abuser is a member of her own family. There are a few support structures in place in the rural communities for these women. For many women who have been abused health workers are the main and often the only point of contact with public services which may be able to offer support and information. Yet victims of violence who seek care from health professionals often have needs that providers do not ask about and do not know how to address.