Seychelles: Where are we on promoting LGBTI rights? 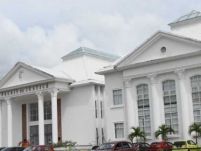 By Laura Pillay May 17, 2016, International Day against Homophobia, was symbolic for LGBTI+ in Seychelles as the Republic of Seychelles joined the list of countries to decriminalise same sex acts, under the administration of former President James Michel. Prior to decriminalisation, Section 151 of the Penal Code banned same-sex intercourse between males, categorising it […] Johannesburg 30 January: The Southern African Gender Protocol Alliance welcomes the bold move by the parliament of Angola on 23 January to decriminalise same sex relations. “This is a victory not only for Angola, but for human rights in Southern Africa,” declared Emma Kaliya, Chair of the Alliance,  a network of 136 women’s rights organisations […]

Seizing key opportunities for girls’ human rights in Southern Africa. This Human Rights Watch booklet examines what perpetuates child marriage. It also looks at the health and educational consequences of such marriages. It lists recommendations for SADC and national ministries of health and education.

Mauritius, Association Kinouete – Empowering teenage girls in conflict with the law for a fruitful development.

The project is geared towards facilitating the process of rehabilitation and re integration of teenage girls from rehabilitation youth centre and correctional youth centre. Kinouété believes that each detainee is a person entitled to a second chance and capable of leading a successful life. Kinouété strives to be an example, a factor of change and […] 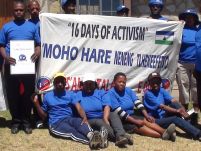 Maseru, 14 May: Lesotho is developing a Domestic Violence Bill 2018 in an endeavour to counter the rampant acts of Gender Based Violence (GBV) that have rocked the country. This comes after the previous bill was not enacted into law for many years. This bill has been discussed with relevant stakeholders including the Ministry of […]