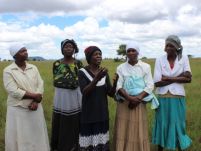 By Nyasha Dube Zvishavane, 2 December : Juliet Kwashira is a widow in her mid-forties. She comes from Masendeke village under Chief Banga of Shurugwi, a small mining community located in the Midlands province, Zimbabwe. Kwashira lost her husband in 1999 and had no form of ownership over her late husband’s properties. Having been married […]

Falcon Citizen League is a NGO operating in Mauritius since 2004 and its aim is to provide a solution for natural farming. The project is geared towards mitigating the problem of climate change by encouraging young farmers, women farmers, planters and other person interested in the agro-industry towards sustainable development. The objectives of the project […]

Agenda: twenty years of the constitution: reflecting on citizenship and gender justice

An article entitled Two decades of jurisprudence on substantive gender equality: what the Constitutional Court got right and wrong; another on judicial deconstruction of customary law for gender equality which looks at selected case law and an article on employment equity and elimination of discrimination: where are women with disabilities in the hierarchy? and Deaf […]

The status of women in the South African economy

Ensuring women’s full participation within the South African economy is essential if ideals of equity, prosperity and shared and inclusive growth are to be achieved. However, women around the world have historically faced numerous barriers to their engagement in the economy. These barriers reduce their employability, constrain their ability to participate on their own terms, […]

This monograph consists of three case studies which indicate the translation of commitment into policy and practice and asks how successfully gender activists have intervened in policy during the first years of democracy in South Africa. There is a report on energy which looks at gender and policy in the energy sector. The case report on health examines the mainstreaming of gender equality in health policy and there is also a case study on the constraints to land reform and gender equity goals by Shamim Meer. 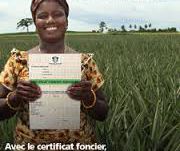 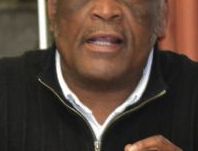 Gender Links is a pioneering organisation in tackling this endemic issue of gender inequality with so much vigour and energy, doing it against many odds in an African society which is very conservative and backed by so many unfair traditional ways of living. I commend GL for the foresight it has.

I have acquired concrete skills through working with Gender Links. I am able to handle conflicts, communicate effectively, plan and budget for daily activities. The values that I have learnt are the promotion of human respect, economically and socially. Yes, I am now aware that I have the right as a woman to be economically empowered and that no one has the right to physically, emotionally and sexually abuse me. My change will greatly influence other people because they will be inspired by how I have progressed socially, spiritually and economically. 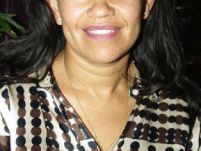 “Gender Links helped me to gain confidence in myself, and look at me now; I am not only a politician doing tremendous work for my community, but I have gone a long way. I know what is happening in other African countries and I learn from that.” Rabearisoa believes that one must be able to listen and have advice to find solutions to problems. “I learn from my mistakes, and reinforce what I have to become a positive person.”