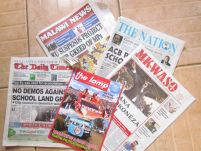 By Joseph Kayira Lilongwe, 6 December:– A social commentator says the media can foster a change in opinion and behaviour – driving major legislative and social change – when it comes to partnering with other players in the fight against Gender Based Violence (GBV). Often called the fourth estate, the media is also critical in […]

I A J Journal

The 4th United Nations World Conference on Women: The Platform for Action: A Summary

This is a summary of a larger document and will discuss the main issues contained in the Platform for Action from Beijing 1995. The critical areas include women and poverty, violence against women. women and the media, human rights for women as well as the girl child.

Voices, Pictures: The story of International Association of Women in Radio and Television

This is a history of the International Association of Women in Radio and Television over the last 50 years. With assistance from associations such as this, women throughout the world have played increasingly active roles in the media.

The study has been developed in cooperation with the Programme in Comparative Media Law and Policy (PCMLP) at the University of Oxford. It provides a global overview of the dynamics characterizing hate speech online and some of the measures that have been adopted to counteract and mitigate it, highlighting good practices that have emerged at […] 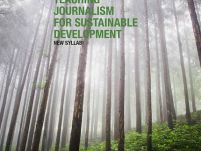 This publication is especially opportune in its response to a key development challenge of the next 15 years. With the Millennium Development Goals (MDGs) coming to an end, and being replaced with what will be called the ‘Sustainable Development Goals’ (SDGs), a long-term pedagogical strategy is called for which can respond to the correlation between […]

Gender Links promotes gender equality and justice across the sixteen countries of the SADC region. Gender Links is committed to an equal and just society in the public and private space in accordance with the SADC Protocol on Gender and Development. GL’s Theory of Change recognises that gender is the most cross cutting of all […]