Enacting masculinities: Pleasure to men and violence to women

Feminist anthropologists have shown how women’s bodies have been appropriated and rendered ‘docile’ by so called cultural or traditional practices, as well as by discourse. The compelled docility of African women (as that of other women in the global south), is perhaps especially visible within subtly coerced performances within a context of ‘traditional’ masculinised practices, such as unprotected sex, that leave many African women vulnerable and forced to negotiate a host of health concerns around sexually transmitted diseases and of course HIV/AIDS. This is to be seen as a form of violence perpetrated by men against their female partners. However, in probing condom use through a qualitative study with a small group of women, we notice that it is not simply a case of discerning patterns of hegemonic masculinities in relation to condom use or non-use, and that masculinities are also propped up and held together by the relational configurations of practice formed by (mutual) gender relations.

Narratives of transactional sex on a university campus

Given the imperatives of HIV and gender equality, South African researchers have foregrounded transactional sex as a common practice that contributes to unsafe and inequitable sexual practices. This paper presents findings from a qualitative study with a group of students at a South African university, drawing on narratives that speak to the dynamics of reportedly widespread transactional sex on campus. Since many of these relationships are inscribed within unequal power dynamics across the urban-rural and local-‘foreigner’ divides, and across differences of wealth, age and status that intersect with gender in multiple, complex ways, it is argued that these may be exacerbating unsafe and coercive sexual practices among this group of young people. The paper further argues for a critical, reflexive position on transactional sex, pointing to the way in which participants articulate a binaristic response to transactional relationships that simultaneously serves to reproduce a silencing of a discourse on female sexual desires, alongside a simplistic and deterministic picture of masculinity underpinned by the male sexual drive discourse.

Constructions of masculinity among a group of South African men living with HIV/AIDS : reflections on resistance and change

Male sexuality in Africa is often associated with harmful sexual practices, which, in the context of HIV and AIDS, often positions men as central to the spread of the epidemic. Despite this focus on men’s practices, there is a lack of research exploring the subject positions of men living with HIV. This study explores how masculinity is constructed by a group of black South African men who self-identify as heterosexual and are living with HIV. Using discourse analysis, a construction of a normative masculinity is identified as being both idealised and perceived as a burden, in that men continually need to engage in actions that affirm their position as ‘real’ men. By depicting men as invulnerable and unemotional, this construction limits men from acknowledging health risks or accessing support. A second discourse constructs HIV and AIDS as disrupting normative masculinity, in that it restricts men’s agency through illness and the need for care. A final discourse relates to a transformed masculinity, where men living with HIV reconstruct their masculinity, as conforming to normative constructions of male identity is perceived as restrictive and harmful.

3 church and gender audits were undertaken in 2006-7 in three southern African countries – Zambia, Malawi and South Africa. The purpose of the audits was to assess the levels of gender consciousness in churches as well as how these are lived out in the work and teachings of these churches. The purpose was also to propose ways of supporting churches that are willing to engage in processes of self-appraisal of their theologies, governance structures,attitudes and practices with regard to achieving gender justice.

“Because he has bought for her, he wants to sleep with her”: Alcohol as a currency for sexual exchange in South African drinking venues

Previous research has documented the practice of transactional sex in sub-Saharan Africa and its association with gender-based violence, gender inequalities and HIV risk. At the same time, it has been suggested that women may use transactional sex to obtain a greater sense of control over their lives and their sexualities, and to garner access to resources. The aim of this study was to better understand the practice of exchanging alcohol for sex in alcohol-serving venues in a township in Cape Town, South Africa. Data were collected between June 2009 and October 2010. Six venues were included and observations were conducted in each for four one-week periods over the course of a year. In-depth qualitative interviews included 31 women and 13 men whom interviewers had observed as regular venue customers. Follow-up interviews were conducted with 24 respondents to explore emerging themes. Interviews were recorded and transcribed. Using a grounded theory approach, Atlas.ti was used to code transcripts, field notes, and analytical memos written about each document. Results revealed that alcohol was commonly used as a currency of sexual exchange in this setting, and both women and men understood that accepting alcohol from a man implied consent for sexual favors. Women reported a sense of agency in participating in the transactional sex dynamic, especially when they were able to manipulate it to meet their own ends without fulfilling the men’s sexual expectations. At the same time, data revealed that the norm of transactional sex reinforced the undervaluing and commoditization of women. As identified elsewhere, transactional sex put both women and men at greater risk of HIV through multiple partners and inconsistent use of condoms, and the possibility of rape. Interventions are needed to address sexual risk behaviors and substance use within this context to prevent new HIV infections

The issue of masculinity is complex, and many theories on how gender is constructed exist. The central premise of this study is that gender construction is the result of dynamic social interaction and, as such, a post-structuralist paradigm is ascribed to. The concept of multiple masculinities exists to explain the influences different contexts have on how masculine ideas are constructed. This is not a passive process and individuals are considered active creators of their own identity. However, research demonstrates that not all masculinities are equal. Hegemonic masculinity maintains its leading dominant position status through using strategies of power and dominance to maintain the pinnacle position of status in the hierarchy of masculinities. The purpose of this study is to listen to the narratives of pre-adolescent boys about masculinity. Post-structuralist and social constructivist ideas that meaning is fluid and open to change, is influenced by culture and the individual meanings that people make. This understanding provides the theoretical framework for this qualitative study. Through a narrative-inquiry design, meaning was made of the individual experiences of six boys within the context of a single-sex preparatory school. The narratives of these participants, purposively selected, were obtained using the data-collecting methods of interviews, a focus group and the construction of a collage. The analysed data was presented both in the form of the narratives of the participants and through a thematic analysis. The findings indicate that within this private, single-sex preparatory school context, multiple constructions of masculinity are formed, and they all appear to be constructed in relation to hegemonic notions of masculinity. It was found that fathers play an important role in the way in which boys construct their masculine identity. However, their peers and the school context also play a significant role. Further, the findings revealed that although hegemonic notions of masculinity in this context had a powerful impact on these participants’ construction of masculinity, there are indications some are challenging overt expressions of hegemonic masculinity and, as such, hold more complex, transitional constructs of masculine identity.

Gendered consciousness as watershed of masculinity: men’s journeys with manhood in Lesotho

This study explores the operations of Sesotho masculinity: its dominant ideas and practices and their effects on Basotho women and men and this latterÀŸs resistance to a gender-ethical consciousness gaining momentum in Lesotho. It challenges a deep running belief among the Basotho that being born male necessarily means being born into a superior social position and status that is naturally and divinely sanctioned. It investigates how the dominant postcolonial discourse called sekoele (a return to the traditions of the ancestors) and the Christian churchesÀŸ discourses of the “trueÀ/”authenticÀ Christian life, framed by the classical biblical and confessional dogmatic traditions, actually support and sustain this belief and so reinforce the imbalance of power in favour of men in the order of gender relations in Lesotho. On the contrary, through the principles of the contextual theologies of liberating praxis, social construction theory, a narrative approach to therapy, gender-ethical consciousness and participatory approach, the study argues that masculinity and ways of being and thinking about men are socially constructed through historical and cultural processes and practices. It is in these processes and practices that Basotho men have been and continue to be advantaged and privileged over women. This study has challenged this situation by tracing the existence of alternative, more ethical ways of being and thinking about men in those historical and cultural processes and practices; ways which are more open to women and children and their wellbeing in the everyday life interactions. In this way, the study argues for a gender-ethical consciousness, which, in particular, invites Basotho men to engage in a reflection on their participation in a culture and practices which oppress the other, especially women and children. It invites Basotho men to accountability and responsibility. In this sense a gender-ethical consciousness is understood as watershed of masculinity in Lesotho. The participation of a group of Basotho men who offered to reflect on their relationship with the dominant masculinities, demonstrates how Basotho men are struggling to transform yet they fill us with the hope that change is possible. 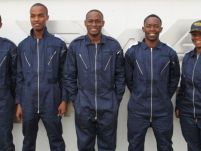 Dar es Salaam, 18 October: Thinking back to my younger years, I recall the question, “What do you want to be when you grow up?À Many of my peers said they wanted to be airhostesses. I do not remember any friends determined to become pilots, aircraft engineers or air traffic controllers. Years later, these positions are still considered a ‘man’s job’ and few women pursue these careers.

South Africa: Hand me the tongs! It’s my heritage too 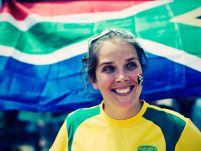 Johannesburg, 23 September: Its National Braai Day again, a colloquial name given to South Africa’s Heritage Day. It is a day when South Africans are encouraged to celebrate their culture and diversity in the wider context of a nation that belongs to all its people. But, the truth of the matter is that our heritage, much like the practice of braaing, is gendered. Nationalism is gendered and who benefits from our past is too.