South Africa: Even the work place is not safe for women 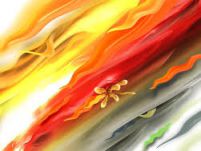 Johannesburg, 8 December: In addition to providing income for women, work can pave the way for broader social and economic advancement, strengthening individuals, their families and communities. 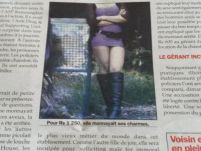 Media reports are emerging on the phenomenon of young girls who travel with older mini-bus taxi drivers, and who are thought to have sex with the drivers in exchange for gifts and money. The extent to which such relationships might facilitate unsafe sexual
practices and increased risks for both the men and the young women, often referred to as taxi queens, remains an important question in the light of the current challenges of HIV/AIDS in sub-Saharan Africa. However, very little research has been undertaken on this issue, especially regarding the perceptions and experiences of taxi drivers. Thus this paper aims to provide some preliminary findings on taxi drivers’ attitudes and beliefs about taxi queens and their relationships with taxi drivers. A 22-item questionnaire was administered to 223 male taxi drivers in two regions in the Western Cape Province, South Africa. Taxi drivers in this study largely saw the relationship between taxi drivers and the young girls who ride with them as providing status for both the girls and drivers, and there seemed to be recognition of the transactional nature of the relationship between taxi drivers and taxi queens. The stigmatisation of young girls who ride with taxi drivers was evident. Drivers had knowledge and awareness of the risks of unsafe sex and supported condom use, although there appeared to be some uncertainty and confusion about the likelihood of HIV infection between drivers and girls. While taxi drivers recognised the role of alcohol in relationships with young girls, they seemed to deny that the abuse of drugs was common. The study highlights a number of key areas that need to be explored with men in the taxi industry, in order to address risk behaviours for both taxi drivers and the
girls who ride with them.

This paper aims to provide an in-depth insight into sex workers’ perceptions of their bodies, and their experiences and constructions of gender, sexuality, love, and desire within the sex work industry that is risk prone and criminalized. Gendered subjectivities are more complicated than the dominant research on sex work exposes especially when we consider Butler’s conceptualization of the precarious ‘nature’ of life and the vulnerability of bodies. This paper argues that there is something valuable and ‘touching’ when exploring the complex ways in which the women in this study claimed autonomy over their selves and their bodies; and how they constructed and attached pride to their identities in a context where society ‘denies’ them dignity and objectifies them because of the ‘deviant’ work that they do. This is done by focusing on narratives from sex workers, who worked in Hillbrow, regarding their bodily experiences and the way that they perceive various roles that they play in their lives, particularly motherhood. 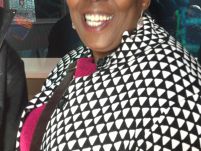 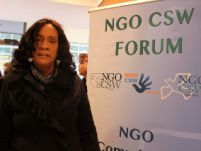 Limited access to sexual reproductive health and abuse from male customers have been identified as key factors that place sex workers at risk of contracting HIV. Nkomile Mpooa of CARE-Lesotho brought the issue up during her presentation at the SADC Protocol@Work Summit currently underway in Johannesburg, South Africa.

New York, 18 March: At an event at called Sexual and commercial exploitation: When terminology and legalisation collide with human rights, a number of women as well as Taina Bien-Aimée, Executive Director of the Coalition Against the Trafficking of Women, spoke out against the growing global movement of legalising sex work

The utilization and acceptability of the female condom among female sex workers : a study in Zeerust, North West, South Africa