‘She’s a slut … and it’s wrong’ : youth constructions of taxi queens in the Western Cape

Recent research on young women’s sexuality highlights the transactional nature of relationships among young people, as well as the increase in intergenerational sexual relationships. These unequal and often coercive sexual practices may increase young women’s vulnerability to unsafe sexual practices. Within this context, while there have been some media reports on the relationship between girls and taxi drivers, there has been little documented research on the phenomenon of ‘taxi queens’. Therefore, this study aimed to explore the understandings and constructions of taxi queens among local youth. A qualitative study involving 13 focus groups were held with youth in the Cape Town Metropole and the southern Cape region and analysed thematically. In general, there was widespread recognition among participants of transactional relationships between young women and usually older drivers. Taxi queens were strongly stigmatised, but their behaviour was also constructed as normative, especially in poor communities, and reflecting contradictory notions of vulnerability and power. However, taxi drivers were less stigmatised. Such constructions allow for the ‘othering’ of these young women, which may undermine their ability to seek help in negotiating safer sexual relationships. At the same time, their concerns need to be understood within the larger context of challenges facing youth, especially in poor South African communities.

This paper presents an argument for the decriminalisation of sex work in Namibia. There is a chapter on Namibia’s international obligations and the history of prostitution in Namibia is examined. The current law in Namibia is compared with legal approaches to sex work in other countries and recommendations are presented.

Harare, 10 December: Zimbabwe’s Minister of Women Affairs, Gender and Community Development 0ppah Muchinguri has called on all Zimbabweans to redouble their efforts to end Violence Against Women (VAW). Launching the country’s first comprehensive survey on the prevalence of VAW, on the eve of Human Rights Day she declared: “Today, as we draw close to the end of these commemorations, we are launching results of Zimbabwe’s first ever standalone research on violence against women and girls. The results of this survey are justification enough to even make much more noise for 365 days as there is clear evidence of high incidences of abuse of women and girls in Zimbabwe.À

Exploring the structural, social and economic factors that contribute to women doing sex work in the southern suburbs of Cape Town

The aim of the research was to explore the structural, social and economic factors that contribute to women doing sex work in the southern suburbs of Cape Town in order to make recommendations that address those factors from a social development perspective. A qualitative research design was used to interview 23 street based female sex workers who worked along the Main Road from Plumstead to Kenilworth suburbs in Cape Town … . Findings were drawn from the responses of the participants and compared with literature from previous studies on sex work and social development theories. The socio-historical context of apartheid through policies that deprived people of colour from accessing public services predisposed most women in the study to poverty and later led them into sex work. Women participants experienced vulnerability due to patriarchal oppression in away that exposed them to exploitation and being trapped in sex work. Among the social factors that led women into doing sex work was the origin of most sex workers from families at risk, a lack of social support and poor education. An overwhelming majority of sex workers entered sex work because of the need to find employment, the need to acquire capital to invest in future plans and the need to provide for necessities. Macro-economic policies such as GEAR were also found to contribute negatively to the socio-economic needs of people and exposing them to more poverty, leading into sex work. 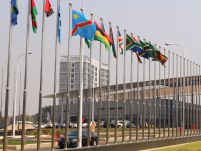 The SADC Heads of State Summit means big business for Ani*, a sex worker who serves at least three clients a night in Lilongwe’s social hotspot-Bwandilo. She has a chance to earn some Rands and Dollars, but has to compete with her counterparts from Zambia, Zimbabwe and Mozambique who also work in various parts of Malawi.

“Ehhh, $20 dollars short-time or 10 000 Kwachas,” she bellowed when I approached, with my accreditation card for the Summit dangling from my collar. On a normal day, she would charge a third of the amount, but with foreign exchange readily available Ani increases her prices.Many of these working women keep a low profile and often stand in the shaded areas near traffic lights, fearing arrest by local authorities.

“We are afraid of being arrested since the police are all over the city to ensure summit delegates are safe. But their safety is our curse,” she said.

According to other sex workers I spoke to, police officers arrest them on weak charges such as indecent public conduct and vagrancy. To avoid arrest, police often force them to have sex without pay or protection. “It is hard to report such cases because many people think sex work is illegal and the police are at the forefront treating us as lesser beings,” explains Ani’s colleague.

In tattered clothes, with a festering wound on her neck, Maria Daidi balances a bag of charcoal on her head and holds the hands of her three young children as she walks down a local street.

“I sell charcoal to earn a living for the children and myself. My husband has stopped supporting me and he has another wife. He regularly beats me and at one point he burnt all my clothes because I asked him about where he had been,” mourned Daidi.

Daidi comes from Steven village in the Mangochi district. She has endured a polygamous marriage for six years and is a survivor of the gender-based violence (GBV). Daidi says she has not bothered to report her case to the legal authorities because family counsellors dismiss her grievances and case as a mere ‘domestic dispute.’

Many African countries, most of which are in Southern Africa, customary laws recognise polygamy as an acceptable and legal cultural practice. This contravenes the United Nations Convention on the Elimination of Discrimination against Women (CEDAW), which states that polygamy hinders women’s rights to gender equality by disempowering women and rendering them more vulnerable to gender-based violence.

Sex work, HIV and access to health services in Namibia

The recommendations of a national meeting on sex work, HIV and access to health services include: ensure that programmes are comprehensive and that effective referral mechanisms exist; ensure that all service providers have received adequate training in relation to values and attitudes towards sex workers; address violence, abuse and discrimination towards sex workers; strengthen emerging sex worker organization to play an active role in response to HIV and AIDS.

Sex work and HIV in Namibia: review of the literature and current programmes

Sex workers in Namibia are recognized as a key population at higher risk of HIV and yet to date only limited information has been available with regard to the size of the population and they challenges they face in accessing health services. UNFPA and UNAIDS initiated efforts to better understand the challenges sex workers face by carrying out a literature review and a rapid assessment. The review includes a mapping outlining all key partners working on HIV and sex work.

Sex work and HIV – Reality on the ground: Rapid assessment in five towns in Namibia

In 2011, UNFPA, UNAIDS, SFH and a number of Namibian sex worker organizations conducted a series of rapid assessments on sex work and HIV in five towns in Namibia. The aims were to: engage sex workers in assessing barriers to HIV prevention; to build capacity of sex worker leaders and organizations, and demonstrate good practice in community participation and empowerment. Based on the findings a number of recommendations are offered

Government has signed the SADC protocol but in 22 years of independence, I as a citizen of this country am still not free. Discrimination against homosexuality is still existent in Namibia. I’m 35 years old, and one of many gay sex worker in Windhoek. Recently, we have suffered so much discrimination due the fact that we’re gay.