The gendered nature of xenophobia in South Africa

Migrants and refugees are, by their very status as foreigners, vulnerable to violence. Violence against foreigners and violence against women are normalised ways in which South African society interacts with minority and vulnerable groups. Foreign women in South Africa, therefore, face a double jeopardy. They are at the intersection of these two groups that are […]

The Commonwealth Plan of Action for Youth Empowerment 2007 – 2015

CYP works to engage young people to enhance their contribution to development.We do this with partnership with young people, governments and other key stakeholders.CYP advocates the effective participation of young women and men in the development process

Gender Justice Barometer: Audit of the SADC Declaration on Gender and Development (Addendum on the eradication of violence against women and children

While gender violence is now firmly on the political agenda in Southern Africa, laws, services and resources to address this scourge are patchy and the link between gender violence and HIV/AIDS is not being adequately addressed. Attention to new threats like sex trafficking is growing, but is barely acknowledged in policies and laws. 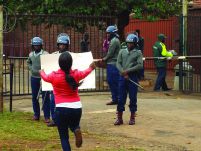 Name of the story: Protest against xenophobic attacks on foreign nationals Name of the media house: News of the south Country: Zimbabwe Brief description of the item of work you submitted and motivation of why it is a good example of gender awareness and sensitivity in advancing gender equality Post-2015. My photo shows a courageous […]

A Summary of The Combating of Rape Act

This is a brief summary of the Combating of rape Act, 2000 (Act 8 of 2000) and the Combating of Immoral Practices Amendment Act 2000 (Act 7 of 2000). It explains these new laws in simple language and gives examples to help you understand it.

Children: Dying to make the news: an analysis of children’s coverage in the South African news media

In 2003, 36 news media were monitored over 3 months to see where children appeared in the news, who they were, what they said and what they were doing. The key results are included in this book published in partnership with the Media Monitoring Project.

Women Development Strategy for the City of Johannesburg

A woman is the full circle. Within her is the
power to create, nurture, and transform.
A woman knows that nothing can come
to fruition without light. Let us call upon
women’s voices and women’s hearts to guide
us in this age of planetary transformation. 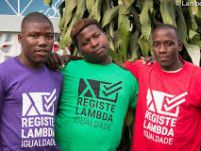