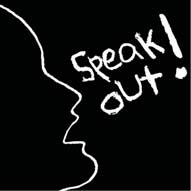 The 2018 campaign takes place against the background of the #MeToo and #TimesUpCampaign globally, and the #TotalShutdown and #IWearWhatILike and many other campaigns in Southern Africa. GBV can no longer be seen in isolation – it is part of a much broader campaign for #Voice&Choice in line with the Sustainable Development Goal five on  Gender Equality. GL is working with partners in the Southern African Gender Protocol Alliance and in local government on a comprehensive campaign to ensure the full Sexual and Reproductive Health and Rights (SRHR) of SADC citizens.

GL believes that ending gender violence, as well as SRHR, is inextricably linked to the economic empowerment of women. While the relationship is not linear, our work shows us that women who are economically empowered are able to exercise more choices – to leave abusive relationships, or negotiate better deals within their existing relationships. This is the essence of the Sunrise Campaign being rolled out in partnership with 425 local councils across Southern Africa.

In South Africa, the Sixteen Days for Life, 365 Days of Action to End GBV,  kicked off in August, Women’s Month, with the 24 demands by the Total Shutdown Campaign for ending GBV. On 1 August, South African women clad in black and red marched to Union Building declaring they had nothing to celebrate. On 1-2 November, President Cyril Ramaphosa  became the first South African and SADC President to call a summit on GBV in response to these demands – see opinion piece urging him to seize the moment.