16 Days of Activism Past campaigns 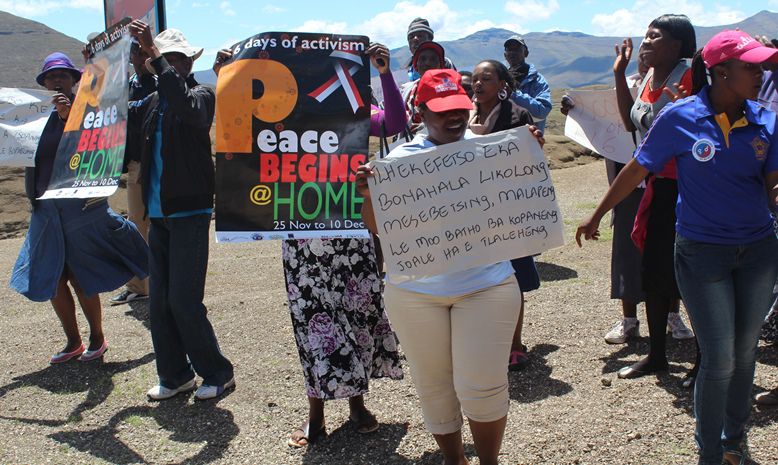 Since its inception in 2001, Gender Links has played an active role in  the 16 Days of Activism  campaign through training of the media in covering gender violence and building the capacity of NGOs and CBOs to run strategic campaigns.

Since 2004, GL has spearheaded training in the use of new information and communication technologies for gender justice campaigns and facilitated online chats, or cyber dialogues that link women all over Southern Africa to experts and decision-makers.

In 2005, GL conducted an audit of commitments made during these dialogues in South Africa and identified actions that still needed to be taken. The audit led to growing support for a National Action Plan to End Gender Violence. In May 2006, GL, the National Prosecution Authority (NPA) and UN Agencies convened a ground breaking conference: 365 Days of Action to End Gender Violence that led to the identification of key priorities for ending gender violence   and the establishment of a multi-sector task team to work towards this end.

The 2007  theme: Demanding Implementation, Challenging Obstacles: End Violence Against Women, is dedicated to calling on all stakeholders to move beyond promises to actual implementation in order to gain long overdue results in the struggle  to end violence against women.