Namaacha, Boane, Manhiça, Chibuto, Bilene, Mandlakazi, Inhambane, Massinga, and Vilanculos are the councils that are running the sunrise campaign program in Mozambique, and trained 130 GBV survivors. Previously Macia, Chockwe, Xai-Xai and Maxixe councils runned up the entrepreneurship program but they were replaced because of their lack of commitment.

At this stage, some of previous trainees are supporting the new generation on how to start up their business. 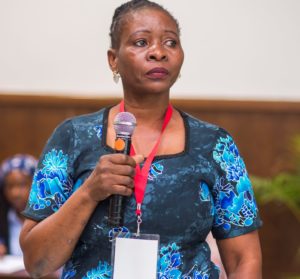 Maria Dália is one of the Sunrise Campaign program beneficiary. She joint the program in 2014, and now she is a role model to many women who follows her career. Thanks to the program, she had the opportunity to free herself of an abusive relationship just because she could not have a baby, and now she runs her own business, teaching other women in the country.She has been invited several times to participate in national and international events, where she did networking and increased the audience for handicraft and decoration products.