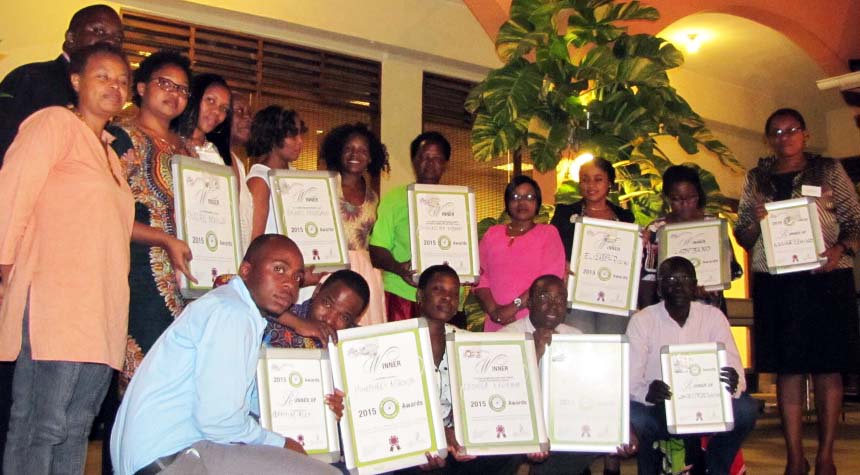 Please click on the category name to fill in the online form.

UN Women is undertaking a media engagement initiative in Tanzania under the project, Acceleration of Gender-responsive Sustainable Development Goals localisation. This initiative builds upon previous UN Women efforts and catalyses existing relationships between UN Women and media in Tanzania. This project involves key phases that include media monitoring, capacity strengthening and mentorship, development of a gender sensitive reporting handbook and a gender and media summit. Lessons from this media engagement pilot effort in Tanzania will be shared with UN Women country and regional offices for replicability, adaptation and peer-to-peer learning in the form of an Advocacy Briefcase. The media engagement will also be linked to the Flagship Programme “Making Every Woman and Girl Count” to synergize and amplify efforts around advocacy for gender statistics and gender data.

The summit aims to:

Against this backdrop, UN Women will convene a Gender and Media Summit in Dar es Salaam, Tanzania from 22-24 August 2018. This will be a platform to highlight gender-aware media practices in the coverage of SDGs.

The awards are in the fields of gender and media leadership, institutional practice, as well as in-depth Print, Radio, and Television publications and production. The summit will also witness the launch of the Reporting SDG 5 Handbook being developed by UNWOMEN and its technical partner, Gender Links.

The summit will recognise journalists who have demonstrated a commitment to covering gender equality and SDG stories, challenging stereotypes and promoting positive portrayal of women in the media.

The two and a half day summit will include plenary discussions on gender equality in the media and ICTs with editors, media managers and media house owners, gender and media activists, media trainers as well as civil society organisations. The topics of discussion in the summit will include, gender equality and women’s empowerment in newsrooms; gender and media training, gender, media and ICTs and empowerment of women, gender policies and legislation. The agenda will also focus on powerful networking designed to forge strong relationships amongst the media in Tanzania.

The Summit will feature an awards night, in which outstanding gender equality coverage within the context of the SDGs in all mediums (print, radio, broadcast) will be recognised. The UN Women Executive Director is invited to attend.  The Tanzania government including the Ministry of Information have also expressed keen interest. The presence of high-level dignitaries will encourage the journalists who are working on creating a new gender sensitive media landscape in Tanzania.

These will be adjudicated according to a standard set of criteria by a distinguished panel within each country. The process is summarised below:

Criteria for the entries

Experts in the field will screen entries according to a standard set of criteria before the summit takes place. Successful entrants will then automatically enter for the summit. At the summit, entrants will present their best practises to a set of judges in the stream they entered. The awards ceremony will be on 24 August 2018.