Gender Links (GL) aims to build on and leverage cutting edge research work that has had a catalytic effect in transforming gender relations in and through the media. GL media research study is the 2020 Gender and Media Progress Study (GMPS). The GMPS 2020 paid special attention to SRHR issues in the news for the first time. This was aligned to GL’s Voice and Choice campaigns undertaken by GL and its partners in  15 Southern African countries. Click here for the preliminary findings on the analysis of SRHR coverage between 2019 and 2020.

In 2021 as part of its Advancing Rights in Southern Africa (ARISA) programme work GL led work on auditing policies and laws on OGBV in Botswana, Namibia and South Africa where it is implementing the Engendering freedom of expression and digital equality project  in Southern Africa. GL together with partners including Namtshuwe Digital , Internet Society Namibia Chapter, Meta Public Policy, Southern Africa Region the Centre for Human Rights at the University of Pretoria, Pollicy, and the Collaboration on ICT Policy for East and Southern Africa (CIPESA) conducted this research. To read the report click here. To complement this work GL is currently running a survey to understand women’s experiences of online violence in Botswana, South Africa and Namibia and to help identify solutions to this problem. This survey will be used to inform GL’s work on online GBV and freedom of expression. To take our survey please click on this link . To read more on this project click here .

In 2019, GL was commissioned by GIZ and UN Women to undertake research on Gender, Diversity and GBV in South African television. GL’s latest regional research remains the Gender and Media Progress Study (GMPS). This research covered gender in media content, gender in media education as well as gender in media institutions. GL conducted the 2015 GMPS in 14 SADC countries in partnership with media training institutions. This study is significant in that it brings together four past research studies, Glass Ceilings in Southern Africa media, Gender in Media Education, Gender in Advertising, Gender in Tabloids and Who talks in Radio Talk shows. It added new areas of inquiry into gender and diversity, including disability, sexual orientation, and gender identities.

The 2015 GMPS is a follow up to the  Gender and Media Progress Study 2010 (GMPS) carried out in conjunction with the Media Institute of Southern Africa (MISA) and was launched at the fourth Gender and Media Summit. The 2010 GMPS tracked progress following the ground breaking Gender and Media Baseline Study (GMBS) conducted by the two organisations in 2003. GL and partners launched the 14 country reports in-country. 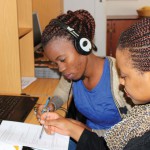 GL updated the Glass Ceiling Study for South Africa in 2018 following Glass Ceilings in Southern African newsrooms (2009). Other critical research conducted include the 2010 Gender in Media Education study and the 2006 HIV and AIDS and Gender Baseline study. GL also conducted the Gender in Media Audience Study (GMAS) in 2004. Gender Links has also conducted periodic thematic monitoring under the Mirror on the media series and In-house audience research. Other studies conducted in between include the Gender audit of media NGOS, as well as gender in Broadcasting legislation.

The table below summarises the studies conducted according to the different countries.