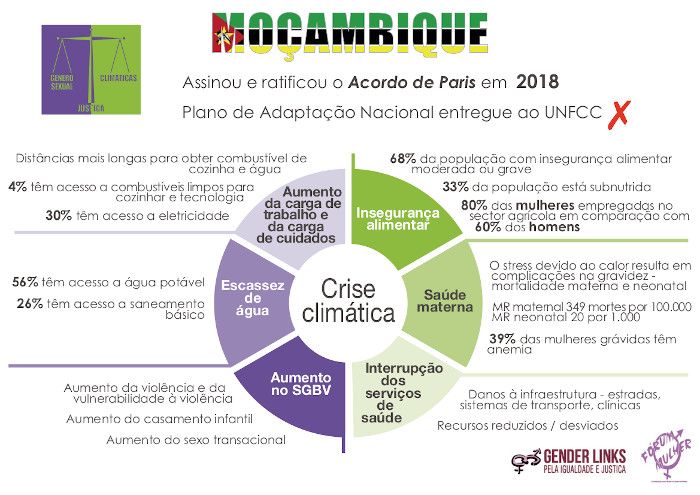 Poverty, weak institutional development and frequent extreme weather events make Mozambique especially vulnerable to climate change. Climate-related hazards such as droughts, floods and cyclones are occurring with increasing frequency, which is having a cumulative and devastating impact on a population that is insufficiently prepared.

Central Mozambique is projected to experience recurrent agricultural losses as a result of droughts, floods, and uncontrolled bush fires. The densely populated coastal lowlands will be increasingly affected by severe erosion, saltwater intrusion, loss of vital infrastructure and the spread of diseases such as malaria, cholera, and influenza. Changing rainfall patterns will lead to a decrease of soil water recharge, impacting ground water resources and the water table in wells.

Mozambique’s vulnerability is to a large extent due to its dependence on agriculture, which contributes about 28% of its GDP and employs 81% of its labour force. Most of the country’s agricultural production is done by small-scale subsistence farmers and 95% of food production is rain-fed. Few farmers can afford to invest in advanced agricultural technologies – and those who do, often on more fertile soils along riverbanks and flood plains, risk destruction of harvests by floods.