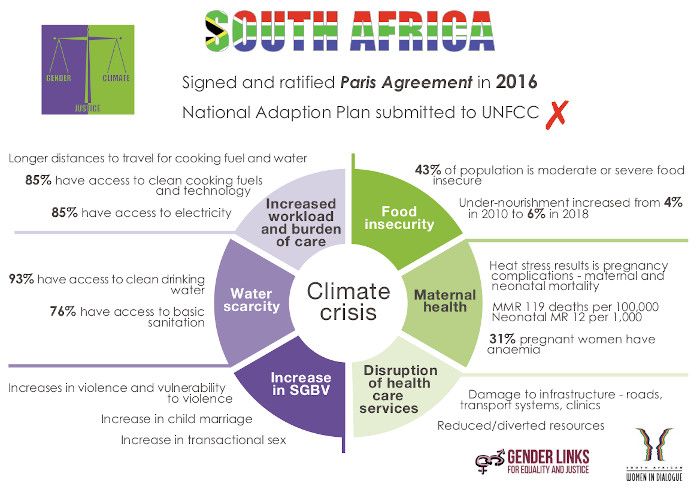 South Africa is highly vulnerable to climate variability and change due to the country’s high dependence on rain-fed agriculture and natural resources, high levels of poverty, particularly in rural areas, and a low adaptive capacity. The three most significant drivers of climate-related disasters in South Africa are drought, floods, and wildfires. Drought affected an estimated 15 million South Africans between 1980 and 2013. The floods that occurred between 1980–2013 affected over 483,000 people. Wildfire damage to agriculture and forestry is also significant. Coastal storms can impact developments, infrastructure, fishing communities, as well as coastal biodiversity. Annually, these disasters incur approximately Rand 3 billion (US$ 163.3 million) a year in damages.

South Africa is likely to become hotter and drier in the future, with rainfall variability continuing and temperatures rising, the country will continue to experience extreme events like droughts, floods, and other climate-related hazards.

The high evaporation rate of already dry soils and the virtual absence of permanent surface water over large parts of the country make water a scarce resource, with some projections indicating that even without climate change, the country is likely to run through its existing surface water resources in the near-term future.