Partnerships Lesotho: Ministry of Gender and Youth, Sports and ... 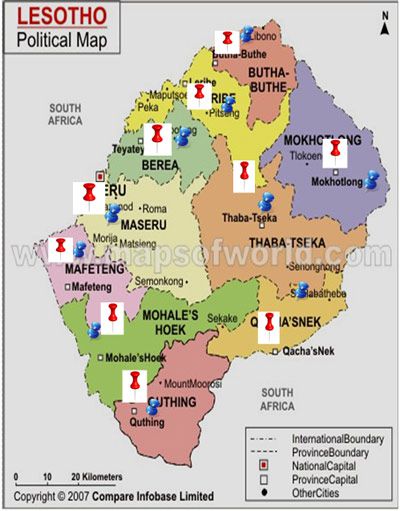 Lesotho: Ministry of Gender and Youth, Sports and Recreation

Gender Links and the Ministry of Gender and Youth, Sports and Recreation (MGYSR) have been working in cooperation for more than a decade. “We first started working with Gender Links when SADC was holding a conference on SADC gender ministers in Lesotho on violence against women and children; that’s now 13 years ago,” muses Matau Futho-Letsatsi, of MGYSR. At the same time, Gender Links held a parallel session on media practitioners, who were covering the conference daily, and going out into the field. That sparked a cooperation between the two organisations.

The list of projects the organisations have collaborated on is long; and the stories of impacts even longer! “We’ve partnered around justice work, a manual for centres of excellence, strategic communications, council training; you name it, we’ve worked together on it,” says Mercilene Machisa, Gender Links’ Research Manager. The sentiment is completely backed up by MGYSR. “We have done so much together over the years. We have held workshops and events, we are training women and men to act in a gender aware way. There are so many strengths in our work together,” says Futho-Letsatsi.

In 2007, Gender Links in collaboration with WLSA and MGYSR launched research on gender and governance in Southern Africa in Lesotho. This workshop led to a draft gender strategy for local government that included developing gender action plans in each of the 10 districts – see https://www.genderlinks.org.za/page/governance-policy-and-action-plans. A map of the existing COE’s demonstrates the coverage and reach of the collaboration work in Lesotho.

Initially, Gender Links did not have an office in Lesotho, but with time, on realising the need to strengthen the national work and partnership activities, they established a national office. Now, both organisations are working together very closely. “We have officers in the districts, and whenever Gender Links goes there for work, we are together. We have the human resources, and they have a package of information and trainings for community and district councils. By working together, it enhances our mandate, and pushes forward our common agenda,” points out Futho-Letsatsi. Machisa agrees entirely, and adds another benefit of collaboration. “This is real cascading of our work. In Lesotho, we know we are not doing research just for the sake of research. All across, there is local ownership. The Ministry can speak to the findings. It is their work too; they have participated in it, so we know they will use it in their programming.”

The focus of a lot of collaborative work between Gender Links and MGYSR has been around media. “We have had a number of workshops for media practitioners, and Gender Links has been there, supporting, and working hand in glove with us. This work is beginning to bear fruit. A decade ago, it was rare to find women in senior positions in the media; gender didn’t appear on the radar. Now, there is an entire community of both women and men working in the media, who are championing gender issues,” celebrates Futho-Letsatsi.

Now, Gender Links is bringing in technical know how on a range of subject areas, and they are equipping people at the local government level on skills and methods of research, budgeting, and other things essential to moving Lesotho towards gender equality.

“The model of using gender officers as trainers has worked very well. First, it’s been capacity building for the Ministry, and it has also been sustainable. We know that, at the local level, work on gender will continue, even if Gender Links, or the ministry at the national level aren’t there pushing,” says Machisa.

In the case of Lesotho, cooperative work between Gender Links and MGYSR has been so strong that when Gender Links has led research on developing a baseline for Gender Based Violence Indicators in SADC, it has been possible to carry out this research through the existing COE process. As the MoU spells out,

“In an effort to strengthen campaigns to end gender violence at the local level, the new COE process will include an additional component on GBV indicators research at the local level. GL plans to gather baseline data on the prevalence of GBV in localities that results in a national GBV survey and provides locality-specific information that is used to strengthen local level efforts to end GBV in line with the SADC Protocol on Gender and Development target of halving GBV by 2015.”

The Ministry’s budgeting system is moving in the right direction now, thanks in part to their cooperative work with Gender Links. Before they reviewed their implementation plan with Gender Links, they would just give a budget for a particular activity, without knowing what existed and what still needed to be mobilised. Now, they have columns in the budget that we didn’t have previously, and they distinguish between funds existing the budget, and new costs that need to be mobilised. “Now we can look and see which pot everything is coming from, and it makes our planning much easier. It also helps in fundraising, because before, we just had a lump sum, but didn’t know what existed, and what was needed. Now, we can say, this is what we have, and this is what we need,” says Futho-Letsatsi.

Right now, both organsiations are looking at the SADC Protocol on Gender and Development, and the need to align its policies with the national action plan in place in Lesotho. This piece of work is still in progress. This is currently a key area for collaboration between the ministry and Gender Links. Stakeholders who are working on the policy see the importance of aligning to the Protocol. Initial alignment was done to the Declaration, when there was not yet a protocol. Now, there is a need to review the policy, and restructure it accordingly.

There is no doubt that collaboration will continue between Gender Links and WGYSR. “I see enhanced outcomes in our future; I can look at specific projects, and say what will be successful, and what we will achieve. But more importantly, I see results around gender equality,” says Futho-Letsatsi.

Comment on Lesotho: Ministry of Gender and Youth, Sports and Recreation Cancel reply