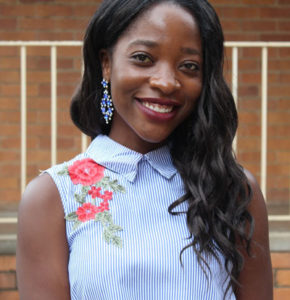 Bessie D Malatji graduated in Film and Television Production at the Tshwane University of Technology in South Africa in 2017, receiving an award for best film of the year (Four Senses) in 2016 and a film nomination (The Truth) in 2015.

She volunteered at HURESIC working with the youth of Tzaneen training them in debate and public speaking in 2018. She worked as assistant coordinator at the SAFTAS 13. Bessie started her internship at Gender Links in 2019 as a Media Intern.