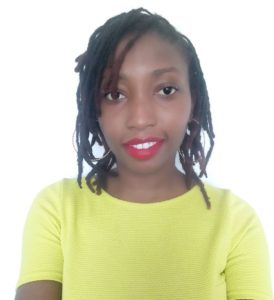 Graduated in Journalism from the School of Communication and Arts of Eduardo Mondlane University in Mozambique. During her academic career, she developed a passion for human rights, the defense of minorities and disadvantaged, which led her to make a documentary about the adoption of children in Mozambique, thus seeking to show the nuances behind the process, and awakening an active awareness society to this practice.

Before joining Gender Links in April as a communications intern, she worked for one year (2016-2016) as a reporter for a website called Media Femme, a gender equity and social justice project aimed at giving voice to disadvantaged groups, Women and children, as a way of putting pressure on decision makers on the issues that underpin this layer.