News Lessons in lockdown: Love & light in the time... 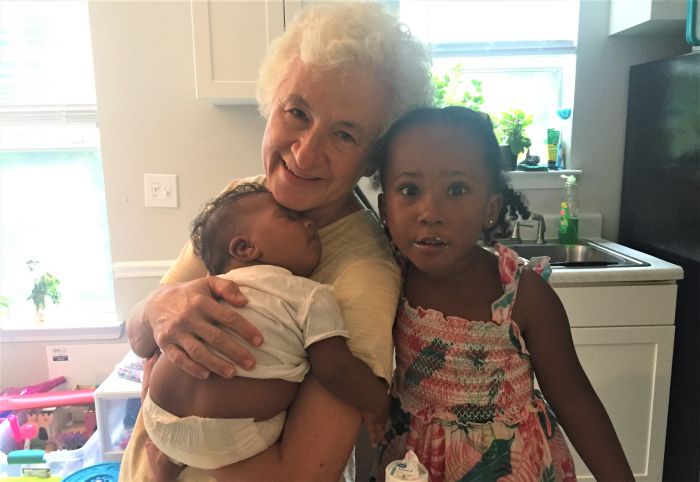 Lessons in lockdown: Love & light in the time of Corona

Johannesburg, 20 January: As the saying goes, “life is what happens while you are planning the next move.” 2020 proved this in the most dramatic way possible as the COVID-19 pandemic changed every plan; thrust us into lock down, confusion and moments of despair.

At the start of the year I would turn sixty, I had my plans laid out in immaculate detail. After nearly twenty years’ service, I would step down from Gender Links.  Ten years earlier when I turned fifty I undertook a one hundred mile walk across the south of England. At sixty I planned to do the Coast to Coast walk – from one end of Northern England to the next; a 200 mile walk.

But by the end of March, a once-in-a-century pandemic struck. Virtually every country grounded flights. My husband, whom I would not see for almost a year, found himself stuck in Ghana. I celebrated my sixtieth birthday on 15 May virtually – my only present to myself a breaking of lock down rules to take a 16 mile hike in Muldersdrift; a small reminder of what I had planned to do.

Yet 2020 would also be the year I learned to exercise the agency we preach at GL as well as stop; reflect; smell the roses; and prioritise the important over the urgent.

A little more personal detail: on 2 June, my second grand-daughter, Safia, bounced into our shattered world in North Carolina, where my daughter and Somali-American son-in-law fled just before the suspension of flights. Nothing pained me more than being absent for this most joyous of occasions. I sat looking at the photos of this bundle of joy and my heart ached. I put out SOS to anyone I knew who could help me get to her. Then I went to the (now demised) South African Airways website and saw an advert for a repatriation flight on 13 June.

My heart leapt. I had to catch it! In the days that followed I wrote a letter to the Ministry of Home Affairs explaining why going to help my daughter constituted an urgent family priority (grand-parenting did not qualify according to the rules). What a feeling of victory when third time around I got the clearance to travel! I boarded the special flight at the desolate airport along with a host of mostly Afrikaner farmers who apparently go to the US each summer to work on farms (who would have known?) My ten year visitor’s visa did not qualify for the flight. But I whipped out my (expired) B1 sabbatical visa from the previous year and managed my escape, feeling another pang of triumph for circumventing the red tape.

Next hurdle: the hospital had decreed that no one other than parents could touch our new baby infant for a month. For seventeen days I self-isolated in an Air B and B “Forest Studio”. At first my hosts Liza and Justin kept a comfortable distance; I not wanting to reveal my COVID refugee status; they being polite.

One day I saw Liza walking in the garden. Lonely and sorrowful, I walked out and we started chatting. At some point we both ripped off our masks. Ironically, she turned out to be a public health expert. Thus began our long conversations about the heart of the American COVID crisis; a dearth of leadership, for sure; but also poor nutrition, underlying health and a weak public health system.

Liza loaned me her spare bicycle that I would ride to my heart’s content for the five months I stayed in the US. Even after that glorious day when I reunited with my family, I rode my bicycle everywhere, cherishing the idea of hardly ever driving a car in the US, and making my little contribution to averting our next big catastrophe – climate change.

But how would I manage my work, a succession plan, furious fund raising, and so many donor deliverables from North Carolina? IT threw me a life line. I had escaped with just my laptop and a suitcase. I moved to a slightly larger forest apartment with super internet near my now dear friends Liza and Justin. I rearranged my schedule to start at 6 am each day overlapping with Southern Africa for at least six hours. That gave me quiet desk time every afternoon, as well as time to help baby sit. 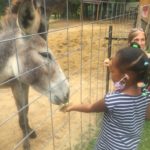 Connecting with my grandchildren reminded me of the most important life lesson: we are social beings. From the start I objected to the term “social distancing”. I vowed to call it “physical distancing” (belatedly, I see, the World Health Organisation has reached the same conclusion). I felt tears in my eyes when my four year old grand-daughter Layla asked whom she would invite to her birthday on 24 July. Layla’s parents and I enrolled Layla at the farm school that Liza’s son two- year- old son attended. What a joy when the school threw a party for Layla on her birthday! Grandma organised a forest apartment party in the afternoon. As Layla tells it, her fourth birthday turned out to be her best party ever!

Of course, Layla missed the rest of the extended family. One day she asked why Grandpa did not also write a letter so that he could “dodge” the corona and come and see her! (I think I may have told her that it is a gender issue!) Anyway, we made a little video and sent it to Grandpa. That must have really tugged his heart strings out there in Ghana. By November, he found a way to “dodge” the corona and come to North Carolina. 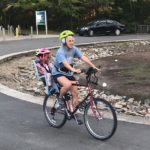 As I grew closer to my family and found balance in my life, playing in the park, giving Layla rides on my borrowed bicycle, taking Fifi (Safia) on walks, watching kiddies movies and going for ice cream, I also learned to let go of my other baby – Gender Links. After twenty years of fighting to raise funds for a regional, southern-based Women’s Rights Organisation, I knew I could leave this organisation in the capable hands of my long-time colleague Kubi Rama.

While the pandemic rages on, I start 2021 full of hope. I know my late Dad, a naturalist, would have said this is the balance of nature: stop and listen to what the planet is saying. I vow to travel less, love more. As I transition to lead GL’s Sustainability Hub, I know that there is so much more to this word than money. If we are to succeed in the next decade, we must not only raise funds, but also sustain the vision, the ideas, the people and most important, our planet.

(Colleen Lowe Morna in the outgoing CEO of Gender Links. She now serves as Special Advisor to the GL Board on Sustainability).

4 thoughts on “Lessons in lockdown: Love & light in the time of Corona”

An incredible story, highlighting what is important in life. Inspirational.

Beautiful ‘I’story, indeed the COVID pandemic has caused all of us to stop and reflect on what matters at the end of the day- relationships and good health. These are things money can’t buy.

This is such a lovely reflection Aunt C. Congrats on simply everything, and all the best in the news chapter. Big huge hugs from me.

oh! such a beautiful lil read.

Comment on Lessons in lockdown: Love & light in the time of Corona Cancel reply