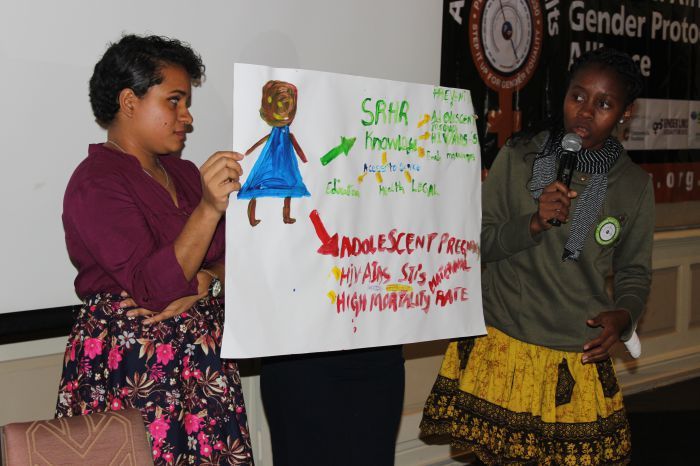 Johannesburg: Gender activists from across Southern Africa will on 22 August launch the#VoiceandChoice 2019 Barometer alongside the  State of Women in SADC 2019 report.

The Barometer has been produced for the last eleven years by the Southern African Gender Protocol Alliance, a network of Women’s Rights Organisations that campaigned for the SADC Protocol on Gender and Development in 2008, its updating and alignment to the Sustainable Development Goals in 2016.

In keeping with global and regional trends, reflected in the #MeToo, #TimesUp, #TotalShutdown and related campaigns, the 2019 Barometer departs with past tradition in focusing specifically on Sexual Reproductive Health and Right (SRHR).

The 2019 #VoiceandChoice Barometer is the first civil society shadow report on the recently adopted SADC SRHR strategy.  It measures 100 indicators in seven thematic areas including Sexual and Reproductive Health; adolescent SRHR; safe abortion; GBV; HIV and AIDS; harmful practices and sexual diversity. The State of Women report details progress made against the provisions of the SADC Gender Protocol using two important yardsticks, the empirical SADC Gender and Development Index (SGDI) and Citizen Score Card (CSC) to measure progress made towards Gender Equality in the region.

The key findings of the two reports include: