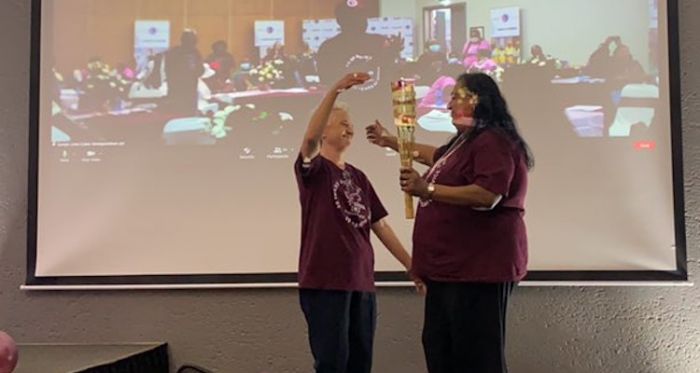 Johannesburg, 29 March: Laughter, love and hearty congratulations characterised Gender Links’ 20th birthday celebrations on 17 March 2021. The Non-Governmental organisation (NGO) has grown from one woman working from her home to an institution, once acknowledged as the best NGO in Southern Africa, which has had an impact on the lives of 168 407 beneficiaries.

Christopher Cooter, High Commissioner of Canada to South Africa, Ambassador, congratulated Gender Links for the “remarkable dynamism” of its work in furthering women’s rights and equality, and praised the organisation for giving “a new definition” to resilience during the Covid-19 pandemic. Gender Links partnered with Canada in presenting the Women’s Voice and Leadership Awards at the NGO’s birthday event.

Gender Links now has 10 offices in Southern African Development Community (SADC) member countries, and works with more than 400 municipalities across the region. “These are real, strong relationships,” Morna said of her organisation’s ties with the municipalities.

Over the years, Gender Links has raised R513-million, pouring the money into its work towards an inclusive, equal and just society, in which women and girls exercise their voice and choice in accordance with the SADC Protocol on Gender and Development and related regional, continental and global instruments.

The organisation lobbied for the Southern Africa Protocol on Gender and Development, which provides for the empowerment of women, the elimination of discrimination against women and the promotion of gender equality and equity through gender-responsive legislation, policies, programmes and projects, Morna said.

Rama thanked Morna for the many years of friendship and collaboration they have shared. “You can’t work and be close to someone for 17 years unless your souls speak to each other,” she said of Morna.