News Southern Africa: Women call for an end to unsafe a... 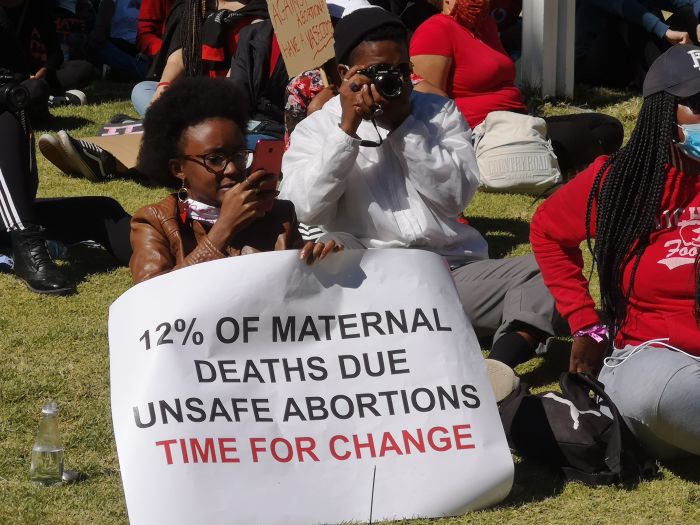 Southern Africa: Women call for an end to unsafe abortion

Johannesburg, 4 October: Women’s rights organisations across the Southern African Development Community (SADC) are calling for safe abortion – one of the simplest, most cost effective medical procedures – to be legalised in every country.

Almost one quarter of all pregnancies in the region end in unsafe abortion, a major contributor to high maternal mortality rates in Southern Africa.  Yet only South Africa and Mozambique give women the right to choose to terminate pregnancy during the first trimester.

Members of the Southern African Gender Protocol Alliance commemorated International Safe Abortion Day on 28 September in dialogue on the prevention of unsafe abortion in SADC.  The dialogue provided an opportunity for sharing experiences from across the region, on challenges, strategies, advocacy and initiatives to end unsafe abortion.

The Alliance is a network of national women’s rights networks in 15 SADC countries that campaigned for the SADC Protocol on Gender and Development in 2008, and now its implementation. Gender Links, a Southern African women’s rights organisation based in Johannesburg coordinates the Alliance and the annual Barometer measuring progress on gender equality in the region.

“Every woman, irrespective of age, locality, socioeconomic or any other status, should have the inalienable right to decide whether to have a child, when to have a child, how many children to have and with what spacing between those children,” notes Lynette Mudekunye in the Safe Abortion chapter in the 2021#VoiceandChoice Barometer,  “Yet many women do not enjoy this right. Often those who are least able to make and act on such decisions are poor, rural and young.”

The legal status of abortion in the region ranges from being legal on demand in Mozambique and South Africa to being outlawed in all cases except where a woman’s life might be  at risk in Madagascar. In between these options it is allowed in certain circumstances with varying degrees of restriction.

Rather than decreasing, as is the case in many parts of the world, the abortion rate in Africa has increased by 24% since 1994.  Unsafe abortions affect mostly poorer, unmarried women and adolescents fuelling high maternal mortality rates in the region.  The risk of dying from an unsafe abortion is much higher in Africa than in any other region. Africa accounts for 62% of the global deaths resulting from abortion.

Religious and cultural beliefs constitute the biggest obstacle to safe abortion. The 2020 Gender Progress Score (GPS) regularly administered by the Alliance to gauge gender attitudes found that only 28% of those surveyed agreed or strongly agreed that a woman should be able to choose to terminate a pregnancy in the first three months. This ranged from 47% in Zambia to 14% in Namibia. The findings underscore the urgent need for public awareness on women’s sexual and reproductive health rights.

Lintle Ramatla, of Bokamoso 974 FM in Lesotho highlighted the important role the media: “There is need for us to make a platform for women to start speaking about these issues.  Most media are not giving women the opportunity to talk about this issue.” Ramatla added that the Ministry of Health should be leading the debate about abortion and access to contraceptives.

According to Pansi Katenga of Ipas, a non-governmental organisation that increases access to safe abortions and contraception, “when we start reflecting on why we should make unsafe abortion history, we start reasling it is about someone’s life.”

Katenga shared the experience of Malawi where Ipas is working on the decriminalisation of abortion, working with government, parliamentarians, chiefs, religious leaders and the media to help them appreciate that “unsafe abortion is a crisis in Malawi and that something needs to be done… we need to start talking about experiences and why law reform is needed”

Highlighting the root causes of unsafe abortion such as unmet needs for contraception, sexual violence and teenage pregnancy is as important as debating the best options for law reform.

The 48 participants from across the SADC region who joined the debate on International Safe Abortion Day last week noted that  abortions happen whether it is legal or not.  It is a time-sensitive medical service that is a basic human right and should be provided without restriction to save the lives and livelihoods of women and girls.