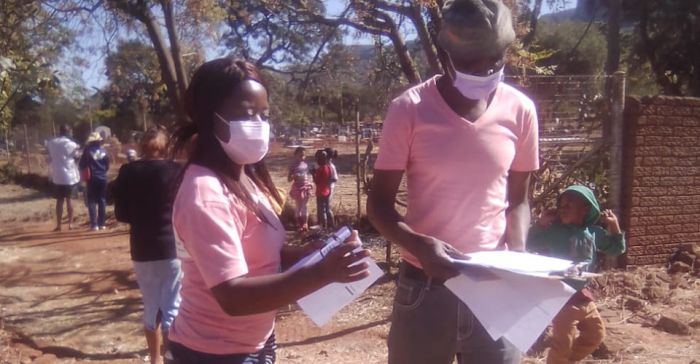 Johannesburg, 14 July: The COVID-19 pandemic which has been raging across the globe since December 2019 has aggravated gender inequalities. As the majority of care workers, of the poor and those in the informal sector or in precarious work, women bear the brunt of the COVID-19 pandemic. If the vaccine roll out is to bring any relief, it requires a feminist response.

The Southern Africa Gender Protocol Alliance will launch a #VaccineGenderJustice campaign in its forthcoming annual #VoiceandChoice Barometer to be launched in August in the wings of the Southern Africa Development Community (SADC) Heads of State Summit.

The global vaccination roll out is highlighting the gross structural and systemic inequalities that exist within and between countries and the power that corporations have over governments. Of the 25% of the population that has been fully vaccinated the majority are in the European Union and North America with 54% and 44% of their populations having received one does of the vaccine respectively. Conversely just under three percent (2,8%) of Africa’s population has received one vaccination.

There are two main causes of this “vaccine apartheid”: vaccine nationalism and the intellectual property rights regime. Vaccine nationalism has resulted in rich countries in the global north, pre-purchasing doses for up to six times the vaccinations they need for their populations.

Pharmaceutical companies and some governments are also fiercely protecting intellectual property rights, blocking the Trade-Related aspects of Intellectual Property Rights (TRIPS) waiver, which would facilitate sharing the science and technology to produce vaccines elsewhere in the world, to speed up manufacturing and supply. In short Big Pharma is putting profit before people’s lives.

The COVID-19 vaccine and related products should be considered a global common good, available free of charge for everyone, everywhere, in a timely manner. Unequal access to vaccines is a risk to global health and human rights to life and to the enjoyment of the highest attainable standard of physical and mental health.

We need strong women leaders who have the rights of women at the centre of their responses. That the vice chancellor of Germany, Angela Merkel, is one of the staunchest opposers to the TRIPS waiver is a blow to feminists, who might expect that such an influential, and ostensibly progressive, woman leader would choose to uphold human rights over pandering to the will of corporations.

There is still some hope that the first woman and first African to head the World Trade Organization (WTO), Ngozi Okonjo-Iweala, will use per power to do the right thing. The TRIPS waiver negotiations will be a test of how much power she has and how she uses it.

Women also need to occupy more leadership positions in the health workforce. Despite comprising 70% of the global health workforce they only make up 25% of leadership positions. The equal and meaningful participation in leadership and decision-making is critical to ensuring efficient and effective vaccination roll out. It is also imperative that feminists are involved in vaccine and treatment research and manufacturing processes so that issues which specifically affect women are addressed; and to formulate rights-based responses to the pandemic.

Research for the upcoming SADC Gender Protocol Barometer found that there is sparse data on the effects of the pandemic on women’s access to family planning, maternal health and other SRH services. Anecdotal evidence shows a reduction in access to SRH services, especially for youth; a surge in teenage pregnancies and child marriages; increases in gender violence and harmful practices under the various stages of lockdown as a third wave of the pandemic grips the region.

As vaccine roll out finally picks up in Southern Africa feminist groups are watching the roll out with a gender lens to see if this will bring much-needed relief or merely exacerbate the wide gender gaps laid bare by the pandemic.

There are a few steps that governments can take. Governments must make sure that everyone has been considered when designating vaccination sites. The registration system should not exclude people who have limited or no access to the technology or skills required for access, this includes documentation required for registration. Widespread community engagement with credible and trusted information should be at the centre of the roll-out programme.

The safety of women should be a key consideration, particularly sex workers, gender non- conforming people and migrants and refugees at risk of experiencing sexual harassment, exploitation, disrespect and other forms of GBV when seeking health services.

There is the real chance that the vaccine apartheid we have seen globally will be replicated at the national level with wealthy and privileged people being prioritised over the most vulnerable. The measure of success should be whether the roll-out meets the needs of the most vulnerable women in the most remote places in the country.

(This article forms part of the GL News Service. Susan Tolmay is a GL associate and author of several chapters of the forthcoming #VoiceandChoice Barometer that will focus on the impact of COVID-19 on women’s rights, and the need for a feminist lens on vaccine roll out. For more information on what women’s rights organisations are doing to advance #VaccineGenderJustice go to http://www.wvlsa.org.za/)