News SADC: Research on GBV key to ending GBV in the reg... 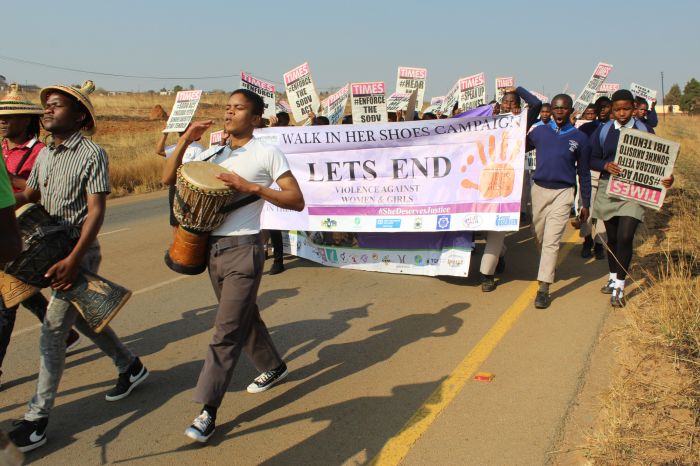 SADC: Research on GBV key to ending GBV in the region

Harare, 29 March: Gender Links’ (GL) 20-year journey from inception in 2001 to date has been anchored on the continuous gathering of research evidence for action and results in the fight against  Gender Based Violence (GBV). Because of GL, the measurement of violence against women through the comprehensive prevalence and attitudes survey in seven Southern African countries has informed GBV National Action Plans (NAPs) as well as informing robust discussion about GBV and gender equality through cyber dialogues and at various GBV fora in the region.

The studies reaching 30327 participants by 2018, have brought to the fore immense data on the extent, drivers, effects, response and support indicators on GBV. The findings, especially the attitude part of the survey shows deep rooted patriarchal values that best ignore and at worst condone violence against women. Not only that, but the studies proffer useful, contextual and multisectoral recommendations that have so far guided GBV policy and practice in line with the SADC protocol on gender and development.

From an initial focus on Violence Against Women (VAW) the studies have grown to include the Violence Against men (VAM) modules with Seychelles and Botswana having included the VAM indicators in their 2016 and 2018 studies respectively. The inclusion of the VAM module came as a result of the GL led critical thinking forum convened in 2014. The forum attended by high level panelists from academics, government, and civil society, refined the indicators and improved the methodology of the prevalence and attitudes survey.

Seven years later, the necessity to improve on indicators and increase efficiency in measuring GBV, saw the SADC Gender Secretariat convening an all-stakeholders workshop in March 2021, to kick start preliminary reviewing of indicators in the SADC Gender Protocol Monitoring Evaluation and Reporting Framework (MERF). It is hoped that this process will improve the reporting of GBV in the SADC.

One of the greatest impacts of measuring violence has been the utilisation of findings by GBV actors in the region and beyond. While other stakeholders are a bit cautious on the findings, a simple google search reveals GL’s giant footprints in action through numerous citations and references by users in the region and beyond. In his foreword to the 2012 Botswana VAW study, the former Minister of Labour and Home Affairs, Honourable Edwin Jenamiso Batshu, encapsulated GL’s impact on measuring violence saying, “I am convinced that the enormity of the situation particularly regarding the prevalence of GBV in Botswana has somewhat been obscured by lack of baseline data. Now we have a good indication crude as it may be.” Also following the publication of the 2018 Botswana National Relationship study (BNRS), GL in collaboration with local councils has cascaded the findings to the country’s 16 districts by producing knowledge products for use in local GBV advocacy. As a result of the baseline studies several GBV actors have come on board to partner GL either in furthering the measurement of violence or in using the findings as baselines in their primary prevention programming. This includes, the University of Cape Town who mined the data further. The GIZ in Lesotho and Zimbabwe utilised GL baseline studies to guide their own primary prevention interventions. Additionally, the findings have informed the analysis of the GBV Chapter in the annual editions of the SADC Gender Barometer to date.

The focus on local government GBV action planning through GL centres of excellence (COE) programme rejuvenated local government monitoring and evaluation of progress on ending VAW in the 425 councils that GL works. As part of the trainings done through the COE’s gender mainstreaming programme, the GBV action plans reinvigorated councils focus on GBV with verifiable efforts to end GBV showcased at the annual gender summits held at country and regional level, as well as anti-GBV campaigns during the Sixteen Days of Activism. Working with local councils has been part of a broader campaign to end GBV community by community. In instances where the country has conducted the GBV baseline study, the councils utilise the study findings as their baselines. In countries that are yet to conduct the GBV study, councils have used the findings of the gender attitudes survey as well as other existing surveys as baselines. Apart from local government actions, GL has supported 10 governments in developing 365 Day Action Plans.

The measurement of violence has not only been through facts and figures but throughout the 20-year journey, GL has given a voice to survivors of violence to speak out and document their experiences through “I”-Stories – “healing through writing”. The story of Sweetness Gwabe, reported in the 2011 Gauteng study embodies how “I”-stories transformed survivors of violence; “The “I” Stories project changed me tremendously. I realise who I am, a woman of multiple talents. I became myself and not what I have been told I am: useless.”

GL’s work on measuring violence in the region has not been without its own challenges. It is important to note that commissioning dedicated GBV surveys is an expensive exercise that needs real budgetary commitments. Most of the SADC countries rely on administrative data and the Demographic and Health Surveys (DHS) which have 5-year intervals. Additionally, without proper GBV surveillance systems and standardised reporting, the data is less consistent and often outdated. Without donor funds, governments have been unable to fund the much-needed GBV surveys yet the economic effects of GBV wipe away billions of dollars annually. For instance, a recent study in Lesotho by the Commonwealth in March 2020[1] shows that domestic violence costs the country about 1.2 billion Lesotho Loti per year. There are growing calls for active private sector participation in funding the important researches on GBV to ensure timely collection and submission of data across the SADC.

As countries come out of the Covid-19 pandemic, it is even more important for GL to work collaboratively with governments to gather new evidence on GBV as well as measuring the socio-economic effects of the pandemic on GBV in the region. This is necessary to inform contextually driven policies on how countries deal with GBV during public health emergencies.

As the journey towards attaining gender quality by 2030 continues, so does the measurement of violence across the region. Real political commitment and well-resourced plans to curb GBV are needed across the region. Compared to HIV prevention, strong advocacy, planning and resourcing on GBV prevention has always escaped the radar of political actors and policy makers across SADC yet like HIV, GBV has major socio-economic ramifications for individual, community and national development.

For GL, a journey that started with only one step in 2001 has not ended. The determination to succeed in the fight against gender-based violence and to change the women’s story is ever present. With enhanced collaborations and partnerships as well as the political will across governments in SADC, GL is determined to lead the measurement and utilisation of GBV data between now and 2030 as well as beyond.

Kevin Researcher is a researcher and GL associate. He researches and writes the GBV chapter of the Southern Africa Gender Protocol Barometer.

Comment on SADC: Research on GBV key to ending GBV in the region Cancel reply